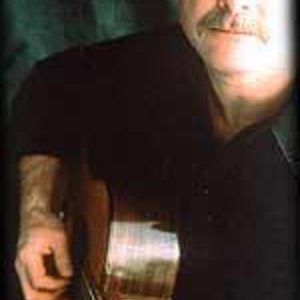 Pat Donohue (born April 28, 1953) is an American fingerstyle guitarist born in St. Paul, Minnesota. He grew up in St. Paul but moved to Denver, Colorado in 1971 to study at Regis College (now Regis University). After two years at Regis, he transferred to Marquette University in Milwaukee, Wisconsin. While carrying a full academic load at Marquette, Pat maintained a rigorous musical regimen, often practicing up to six hours daily.

He grew up in St. Paul but moved to Denver, Colorado in 1971 to study at Regis College (now Regis University). After two years at Regis, he transferred to Marquette University in Milwaukee, Wisconsin. While carrying a full academic load at Marquette, Pat maintained a rigorous musical regimen, often practicing up to six hours daily. His performances during that time (mainly as part of Marquette's ?Traditional Music Society? as well as venturing out into the Milwaukee bar scene) often consisted of three or four forty-five minute sets, featuring an eclectic offering of folk, blues, and jazz material, all featuring his dazzling guitar technique and warm vocal stylings. After his graduation in 1975, he returned to Denver where he started establishing his musical reputation.

Donohue established a solid reputation in and around Colorado as a 'guitarist's guitarist' and in 1982 was runner-up in the National Fingerpicking Championship at the Walnut Valley Festival in Winfield, Kansas. The following year he won the Championship. This award led to wider recognition of his skills and he started accepting engagements throughout the United States.

He married in 1983 and with his wife Susan, returned to St. Paul where he continues to live. In 1985, Donohue's first album, Manhattan to Memphis, was released on Red House Records. He released one more album on Red House before setting up his own label, Bluesky Records.

In the early nineties, Donohue was asked to join the house band on Garrison Keillor's radio program A Prairie Home Companion. He has played on the show ever since which has given him a chance to accompany some of the world's premiere folk- and roots artists. He and his colleagues in the Guy's All-Star Shoe Band are on-screen throughout much of Robert Altman's final film A Prairie Home Companion based on the radio show. Donohue wrote or co-wrote several of the songs on the soundtrack.

Guitar legend Chet Atkins once said, "Pat Donohue is one of the greatest finger pickers in the world today." Donohue wrote a song in praise of Atkins' skill and virtuosity called "Stealin' from Chet". He has recorded a studio version on his Backroads CD and a live version on Radio Blues, a collection of his favorite performances from A Prairie Home Companion. Chet Atkins joins him on each version. In the liner notes to the live version, Donohue wrote, "What can I say? The most exciting three minutes of my life. We miss you Chet." (Atkins had died a short time before the album was released).

Although Donohue hasn't concentrated much energy on getting other artists to record his music, his songs have been covered by Kenny Rogers, Suzy Bogguss, Chet Atkins, and others.

Pat Donohue continues to divide his time between his regular performances on A Prairie Home Companion, live concerts, and teaching workshops. He releases a new album every two years or so. His canon is somewhat eclectic: some of the recordings feature his singer/songwriter side; he has also released two instrumental albums.

Donohue is also a creative song parodist and the parodies are often performed on A Prairie Home Companion. He hesitates to release them because he's afraid that the public might be distracted from what he sees as his primary calling: fingerpicking guitarist.