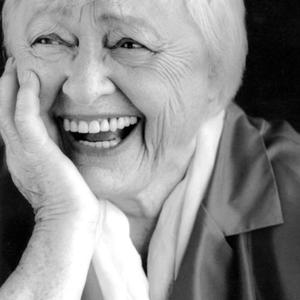 Pat Carroll (born May 5, 1927, in Shreveport, Louisiana) is an American Emmy Award winning actress. As a somewhat heavy-set character actress, she has appeared in many TV programs beginning in the 1950s (playing Cindy Williams' mother on Laverne and Shirley, for example) and stage productions, but is best known for her roles as the voice of Ursula in The Little Mermaid and the voice of Morgana, Ursula's sister in The Little Mermaid II: Return to the Sea.

In 1956 Carroll won an Emmy Award for her work on Caesar's Hour and was a regular on the sitcom Make Room for Daddy. She appeared on many variety shows of the 1950s and 1960s, such as The Red Buttons Show, The Danny Kaye Show, The Red Skelton Show, and The Carol Burnett Show. In 1965, she co-starred as Prunella, one of the stepsisters in the Rodgers and Hammerstein's Cinderella television special starring Lesley Ann Warren.

Since the late 1980's she has done much voice over work on animated programs such as A Pup Named Scooby Doo, Galaxy High, You Don't Say and a A Goofy Movie. On Pound Puppies she play the series villain, Katrina Stoneheart on the Hanna Barbera version of their TV show.

She has portrayed the sea witch Ursula in many forms of media, such as the Kingdom Hearts series of video games, the Fantasmic! show at two Disney theme parks, the spin-off TV series and will soon voice the Ursula puppet in the forthcoming Broadway production of the movie. She provided the voice of Ursula once again for the puppet in Disneyland's Parade of Dreams.

Taking a break from various villains she's played, her most recent voice over role was the kind and compassionate character of Granny in the re-release of Hayao Miyazaki's warm hearted story My Neighbor Totoro.

She has also had a successful career in the theater, particularly in numerous off-Broadway productions. In 1990 she stunned the theater world with an acclaimed performance in The Merry Wives of Windsor at the Shakespeare Theater at the Folger playing a male role, Sir John Falstaff, playing a balding knight with whiskers.

Drama critic Frank Rich of The New York Times wrote: "Her performance is a triumph from start to finish, and, I think, a particularly brave and moving one, with implications that go beyond this one production. Ms. Carroll and Mr. Kahn help revivify the argument that the right actresses can perform some of the great classic roles traditionally denied to women and make them their own. It's not a new argument, to be sure; female Hamlets stretch back into history. But what separates Ms. Carroll's Falstaff from some other similar casting experiments of late is that her performance exists to investigate a character rather than merely as ideological window dressing for a gimmicky production."

As a member of The Actors Studio Pat Carroll is currently working in stage productions. Her past work includes not only off-Broadway productions but the Kennedy Center and national tours.

In 2005 she played a homeless woman in three episodes of the television series ER.

As a devout Catholic, her religious views inform her choice of what roles to accept, and in which productions to appear.

According to a Current Biography article, she is a supporter of the US Republican Party.

She is the mother of 2 daughters, Kerry and Tara Karsian.