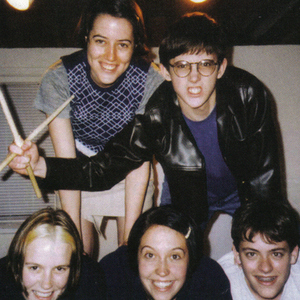 The correct spelling of the Omaha, Nebraska indie pop group's name is Park Ave. not Park Ave. The band lasted only two and a half years, but still retains a substantial fanbase. During their short time together, Park Ave. (named after an actual street in their hometown of Omaha, Nebraska) received rave reviews for their brand of indie pop music.[1] The band was born out of members' desire to write pop, almost bubblegum pop, music. An interesting fact about the band is that none of the members could play their respective musical instruments prior to forming the band.

Conor Oberst had been playing guitar since a very young age, yet played drums in the band. Clark Baechle had played drums previously, but played guitar for Park Ave. Park Ave. performed about 10-15 times during its existence. When Jamie moved to London to work in art, the band broke up, hence the name of their 1999 album. Before she went to London they recorded some songs on 4-track to have for themselves, these recordings eventually became their first and only album. However, Jamie returned and she and Jenkins reunited in Tilly and the Wall, which also includes Nick White, Kianna Alarid, and Derek Pressnall. Conor Oberst now has a successful career as Bright Eyes with work in Desaparecidos (band), and Clark Baechle is the drummer of The Faint.

When Jamie Went To London We Broke Up