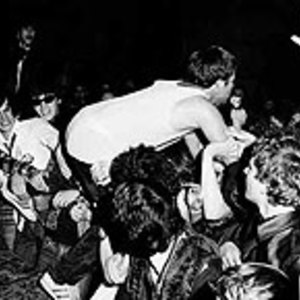 Pankrti (Bastards in Slovenian) are a punk rock band from Ljubljana, Slovenia, that has been especially active in the late 1970s and during the 1980s. They were known for provocative and politically engaged songs and billed themselves "The First Punk Band Behind The Iron Curtain" (though actually the non-aligned Socialist Federal Republic of Yugoslavia was not behind the Iron Curtain). They are one of the most important former Yugoslav Punk rock groups and one of the first punk rock bands ever formed in a socialist state.

Peter Lov?in and Gregor Tomc, two youths from Kodeljevo, a suburb of Ljubljana came to an idea of forming a band in 1977. The band, from its beginnings, was under heavy influence of the UK punk scene. Lov?in was the primary song writer and the singer of the band, while Tomc wrote some songs and was the band's manager.

The band started playing in fall of 1977, practicing in the basement of Kodeljevo's music school, and held the first concert in Moste High School. Initially they played covers of established punk bands including Sex Pistols, The Clash and New York Dolls. Some of their first songs that became popular were "Za ?elezno zaveso" (Behind The Iron Curtain) and "Anarhist" (Anarchist). They released their first album in 1978.

Pankrti became popular in all of Yugoslavia in the late 1970 and early 1980, when they affiliated with the Yugoslav New Wave music scene, getting well known in cities like Zagreb or Belgrade. They are included in the Novi Punk Val compilation album.

One of their last concerts was in Tivoli Hall in Ljubljana in 1987, named Zadnji pogo (The Last Pogo).