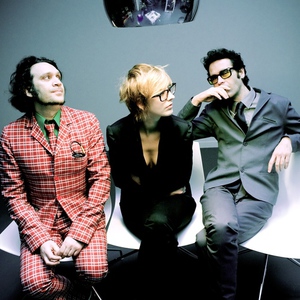 Pamela Hute is a French pop/indie rock singer whose style alternates between soft melodies and saturated rock. She fell in love with rock at the age of 12 after buying her first guitar, much as one might be bowled over by a first romance. Since when Pamela Hute has gone back in time at a frantic pace, hoping to squeeze every drop out of the best pop music of the last five decades. The result has been the creation of a cocoon not so far removed from the here and now. An attractive, telecasterized world that seems just slightly familiar.

The bitter-sweet atmosphere is as reminiscent of the colourlessness of Placebo in their Nancy Boy period as of Archive's digital arrangements, PJ Harvey's nonchalant laments, the brit-pop decadence of the nineties and the furious riffs of Clash's London Calling.
Following ? Mashed Potatoes ?, a rock trio she joined at 15, and her first live performances at Gibus and New Morning, Pam has trodden a long path, writing and composing over thirty songs live at venues such as la Fl?che d'or, le Sentier des Halles, le Triptyque, or le Bus Palladium and refining her own special sound. A sound that suits her very well - saturated but melodic. Rock and roll without the trimmings. Music as enthusiastic as it is disenchanted.