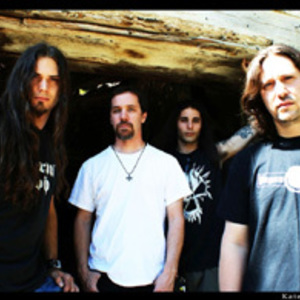 There are two bands called Pale Divine. The first has released one record in the early nineties called Straight to Goodbye. The other is a doom metal band founded in 1995. Excerpts from the Pale Divine website (http://www.paledivine.com) regarding the doom metal band called Pale Divine: Combining equal parts Heavy Metal, 70's Psych, and traditional Doom with a penchant for some extremely mind-numbing jamming, this three-piece promise to take you places you've never been without letting you forget how you got there.

Combining equal parts Heavy Metal, 70's Psych, and traditional Doom with a penchant for some extremely mind-numbing jamming, this three-piece promise to take you places you've never been without letting you forget how you got there. PALE DIVINE is sure to please fans of early JUDAS PRIEST, TROUBLE and PENTAGRAM.

While Thunder Perfect Mind is the band's first official full-length release, PALE DIVINE have been churning out their brand of heavy metal for quite a few years now, most notably with their crushing 1997 five track demo "Crimson Tears," a legitimate underground classic still being sought out by true Metalheads today. A second demo was recorded in '98, but was shelved after original bass player Jay Purnell parted with the band. But the desire to play out was simply too strong, so Jim Corl was brought into the fold.

Good things began to happen. New songs were being written, and shows were being offered and performed, including a slot at the infamous Stoner Hands of Doom II Festival. Unfortunately around this time Jim was forced to split from the band due to career concerns. However, Greg and Darin were determined to continue on and not miss out on the festival, so Larry Stout (ex-DOGMA HOLLOW) was brought on to fill in on bass. The shows with Larry were a success, and he seemed to be fitting in, but as luck would have it, the Bass Reaper reared his ugly head once more, leaving PALE DIVINE bass-less once again.

However, all was not lost. After some time off, Jim returned to the band, and work on the debut was once again underway. Somewhere amongst all these crazy goings-on, Conan and Col. Mike of the now legendary (in their own minds) GAME TWO RECORDS (both highly impressed by the "Crimson Tears" demo, as well as other unreleased gems that had been passed their way) started talking to the band about possibly releasing something in the future.

Plans were made to release a 7" featuring the bands cover of the PENTAGRAM classic "20 Buck Spin," but things happening the way they seem to happen, the idea of a 7" was parlayed into a full-length CD. The result... "Thunder Perfect Mind," a ten track amalgam of some of the most honest, balls-to-the-wall Metal this side of, well, just about anywhere!