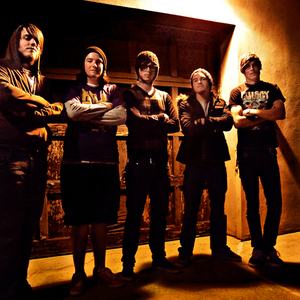 Paddock Park was formed in the summer of '07, by Brian Calzini and Tom Denney of A Day To Remember, as a joke band that Tom wrote the music for and Brian did the vocals for; they put it up on Myspace, it started to get some hype and people wanted to see them play live. So Brian recruited two guitar players, a drummer (ex-drummer of A Day To Remember) and a bass player. This line up got them very popular With their in-your-face screams, brutal breakdowns and catchy melodies, Paddock Park has captured the ears of thousands of listeners, and virtually exploded onto the scene.

Ocala, Florida youngsters Paddock Park have joined the ranks on the Eulogy line up. This six piece band blends sing-a-longs, breakdowns, and melodies with one captivating live show to back it up. Their debut album "A Hiding Place For Fake Friends" is available in stores now, released on Eulogy Recordings. While On tour a the "singing" frontman of the band, left the band due to a complication with their tour, and him not liking it as much as he thought he would. That left them with just brian on vocals, so they moved their guitar player John onto both Guitar/Vocals (the clean singing). This left Brian as the only frontman, and he would soon leave due to all the members trying to change their myspace and attempting to kick him out of his own project. They were still on tour, so they brought in Austin to do vocals for the rest of the tour, the band started to fall apart and they havent really been heard from since.
Brian Calzini has started his own band since, check out www.myspace.com/wearedefiance

A Hiding Place For Fake Friends