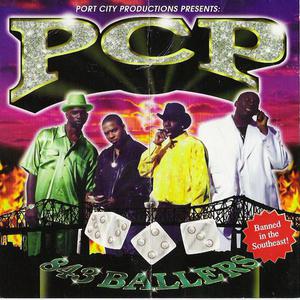 From the streets of Bridgeport, CT comes a Hardcore Hip Hop Group called "PCP" The two man infamous group consists of "Skampoe" aka "Jehovallah Daprophett" and "Jigsaw" aka "Jigsama Bin Rhymin" who are highly influenced by the Hip Hop culture. They fill the airwaves with raw witty rhymes of true expression. PCP stands for Providing Constant Punishment and was started in the 90's in the golden era of Hip Hop. PCP is a underground hip hop group that have perfected their raw style over banging boom bap beats.

Their recent album "Street Kundoe: Return 2 Da Dojo" has caught the attention of many listeners. The group has also created their own solo projects such as "The Insurgency Files: Case #16316" by "Jigsama Bin Rhymin" also known as "Jigsaw" has propelled itself with a great number of downloads.
With Jigsaw's partner in crime "Jehovallah Da Prophett" also known as "Skampoe" released a handful of solo albums such as "Homicide Hill 1 & 2" , "The Master Builder" and more continue to strive for perfection in the underground world of hip hop.
The Underground Hip Hop Group "PCP" has always had the passion in hip hop. Jigsaw Growing up with his partner in crime and cousin "Skampoe" aka "Jehovallah Da Prophett" they continue to form their craft into something that can make a difference. The culture of hip hop has been kept alive by "PCP"
and they continue to craft albums of classics. From a vast album collection that you can find online and at http://darkstarzrecords.com/pcp you can hear the essence of true hip hop still continuing to grow.