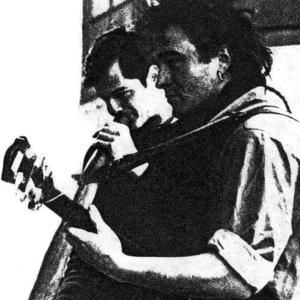 Outback was a world music group founded in the late 1980s by multi-instrumentalists Graham Wiggins (America) and Martin Cradick (UK). The group became famous for its fusing of traditional Australian tribal music, represented primarily through Wiggins's didgeridoo, with modern Western music, mostly Cradick's acoustic guitar. Before the band dissolved in 1992, it had been joined by Senegalese Sagar N'Gom, French violinist Paddy Le Mercier and drummer Ian Campbell. The core of the group was formed after Cradick and Wiggins met by chance in Oxford.

Dance The Devil Away