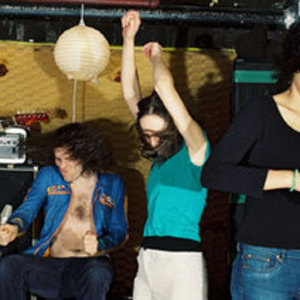 Out Hud's first album, S.T.R.E.E.T. D.A.D., was purely instrumental. The group added vocals on its second album Let Us Never Speak of it Again, with Forbes singing lead (while a drum machine filled in her usual role) and Schnick singing backup.

Shortly after the release of Let Us Never Speak of it Again it was announced that Pope would not be joining the band on tour, and instead would be concentrating on James Murphy's dance-punk band LCD Soundsystem. It was then announced in September 2005 that a concert in New York might be Out Hud's last.

The song How Long was featured in the movie I Know Who Killed Me.

Let Us Never Speak Of It Again