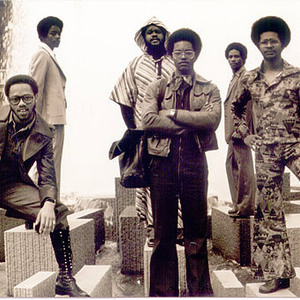 Amnesty came together for the first time in 1968. The group was an amalgamation of the vocal quartet know as 'The Embers' (J. Trotter, D. Malone, G. Burke, A. L. Cobb) and a three peice rhythm section by the name of 'The Crimson Tide'. This group was made up of C. Williams on Guitar, J. 'Red' Massie on Bass and P. 'Kirk' Alexander playing Drums. After two years of playing together the group parted company in 1970.

After two years of playing together the group parted company in 1970. However, in 1972, Williams, Massie and Alexander convinced the other members to rejoin, along with three new members. H. 'Squalls' Walker replaced G. Burke, J. 'Gino' Johnson took on Saxophone duties and R. Burns on Congas.

Free Your Mind: The 700 West Sessions