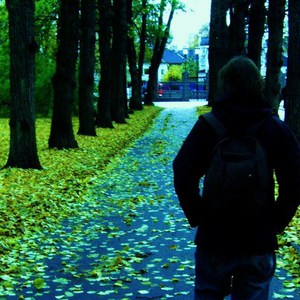 Amnese is the pseudonym adopted by the Brazilian composer and musician Nelson Barreto to give name to a fake band he created in 2003. Behind this name he released three albums and one Ep, only revealing that Amnese was a one man band in his last work, ?Sofia e a curva do c?u?. In all previous works, the composition, recording and execution of his songs were divided among five persons who never existed.

His albums are the lo-fi ?Songs for Rainy Days? (2004), the dark and conceptual ?Apatheia? (2006) and ?Sofia e a curva do c?u? (2008), his first record in Portuguese, his native language. Amnese also release one instrumental Ep called ?Zumbis? with the main score for the independent Brazilian horror movie ?Zumbis do Espa?o de L?? (Zombies from the Space Beyond).

Amnese started in 2003 with the recording of ?Songs for Rainy Days?, released later in 2004. In 2005, this album was re-released in Italy by the label Coldcurrent in a limited sold-out edition. Now, the album has been remastered and will be released again with bonus tracks, propably in 2009.

In 2006, Amnese released ?Apatheia?, His first conceptual album which tells the story of his close friend who committed suicide in the summer of 2001. More experimental than the first record and within a cavernous atmosphere, it was refused by the Italian label because it was a strange record.

Then, in 2007, Amnese started the recordings for a new album, more focused in instrumentals songs. The recordings were interrupted by the end of this year for the recordings of ?Zumbis? after being invited to compose the score for the movie.

Finally, in august 2008, ?Sofia e a curva do c?u? was released. It's his first work in Portuguese and his second conceptual album, now inspired by Friedrich Nietzsche's philosophy. At the same time, Amnese revealed the truth about the band, explaining the reasons that took him to create five non-existents members for his one man band.

The only real contributions in Amnese's album came from Pedro Sizer and Renata Ventura, as credited in the booklet of his albums, and all the albums were recorded in the Apt. 136, the apartment were the musician used to live in Brazil.

Sofia E A Curva Do Céu