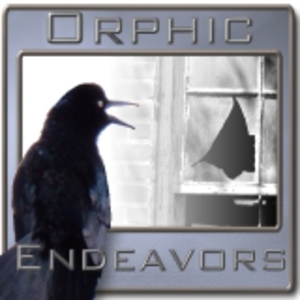 Orphic Endeavors is Bonnie Gardiner, a thirty nine year old mother of three, the youngest of which is non-verbal autistic. She has been recording music since late 2000. She began with just a microphone, a tape recorder and her computer, but over the years she has collected equipment and now has a decent but small recording studio set up in her home. She still records all of her own sounds with a tape recorder and transfers them to the computer for use in the music.

She was originally inspired by the Myst and Riven game soundtracks and wanted to emulate those, but over time her sound has changed considerably and is now most often compared to some of Brian Eno's and Robert Rich's music. Over the years tracks she has created have been used in several independent films and documentaries, compilation cds of ambient music by independent musicians, and a series of martial arts instructional DVDs. She currently has two albums available for sale through CD Baby, iTunes, Amazon and other places; ?ICON? and ?Abandoned Hospital?.

?Abandoned Hospital? was inspired by her love of abandoned buildings. She says, "I am also an amateur photographer and old forgotten places fascinate me. It's as if the memories of what happened there linger in the very moment the last person walked out the door. Time is frozen and then the building and all of it's history is left to fall to decay." With ?Abandoned Hospital? she tries to translate that same feeling of frozen time to sound, with sound effects and synths. It is meant to be an armchair visit in sound to an abandoned general hospital.

?ICON? is simply a collection of tracks of various styles, all instrumental. ?Uma Jirushi? and ?Mitsumushi? are of an Asian cinematic theme, ?Evening Song? is a flute, cello and piano piece. ?Raindrops on the Windshield? is sound effects and music, etc. This album was created to show Orphic Endeavors various styles.