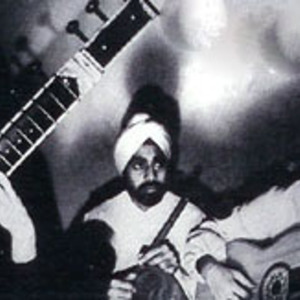 Acoustic trio from Bergen and Skien in Norway, consisting of Nina Johansen from Skien (vocal, acoustic guitar), Rune Walle (sitar, vocal) and Satnam Singh (flutes, sarod). Originally they were a duo consisting of Johansen and Walle, who had met at Manger College at the end of the 60's. They had a mutual interest in British and American folk-inspired rock-music - like the Incredible String Band, Fairport Convention, Jefferson Airplane and Joan Baez - and also the religions of the East. This inspired the music that Oriental Sunshine performed.

Singh was included during the autumn of 1969, and gave the group a certain ethnic credibility.

Johansen produced much of the material, but a composition by Hans J?rgen H?ines secured the group's breakthrough. At the end of 1969 The group entered the competition Talent 69, arranged by NRK (The Norwegian Broadcasting), and with the song ?Mother Nature? they won. The single was published before Christmas 1969, and the album Dedicated To The Bird We Love was recorded the next year with Mikkel Aas as producer. In the studio the trio was strengthend by Helge Gr?slie (organ), Sture Janson (bass) and Espen Rud (drums). Before the album was released, the members had split and gone in different directions: Johansen left the music-business and became a teacher. Walle started ?-?Hole In The Wall, and later joined groups like ?-?Saft, ?-?Flying Norwegians and the American group Ozark Mountain Daredevils. Singh was not granted residence permit in Norway, and left for Denmark where he became a lawyer.

Dedicated To The Bird We Love