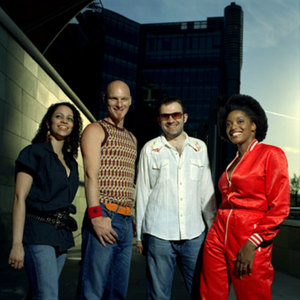 Organic Audio is the brainchild of Writer/Producer Andy Spence, with their energetic and distinctive dance sound Organic Audio have won many fans. Since their first release in 1999 Andy has recorded two albums for Tummy Touch and one on own label Autoa, remixed and collaborated with scores of renowned artists and played countless live and DJ gigs all over the world. Organic Audio was a forum for the funk and vegetable-induced madness of Andy Spence, one-half of the famed acid jazz duo Freakniks.

Resulting in the 1999 album, Back to My Roots, Spence's side project allowed him to explore his inner Brazilian while not ignoring the tightly woven jazz elements that he had contributed to the Freakniks. With a more percussive dance sound and fine songs like "The Sound of Okra," Organic Audio dove off from the lofty perch that the Freakniks inhabited and swam in a crazy sea of world influences. Organic Audio gives Spence the chance to be the one man band he has aspired to be since his childhood. His Worldbeat-influenced Trip-Hop project feasts upon Brazilian-inspired Acid Jazz flavors in the innovative vein of labelmates Tim "Love" Lee and Groove Armada. Organic Audio is known for catchy melodies, tight production and stunning live shows. Andy Spence is a London-based music producer who has, over the past ten years, produced several albums and songs as part of, or in conjunction with, Organic Audio, The Freakniks and Hexstatic. He has remixed songs for INXS, Zero 7, UFO and Richard Dorfmeister's Tosca. His music has been used in the films, Swordfish, The Fast and the Furious, Mindhunters, Sex and the City and Queer As Folk. He has worked on a couple of short films and done some TV work but Dreaming Lhasa is his first feature film as composer.