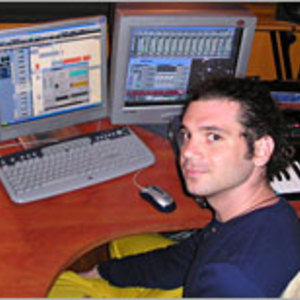 1)Orca |??rk?| noun: a musical analysis of the cerebral diatribe triggered from an auditory furor in the minds of two anomalous characters: Ben Dymock & Luke Abu For a recent case study or field notes please click HERE 2)Orca /psy-trance/ Israel Alon Lifer is 28 years of age and resides in the land of milk & honey, Israel as we know it nowadays. His first musical instrument he bought was a guitar at the age of 15 and he got strongly pulled in the heavy metal, new wave & gothic music scene from there.

Alon Lifer is 28 years of age and resides in the land of milk & honey, Israel as we know it nowadays. His first musical instrument he bought was a guitar at the age of 15 and he got strongly pulled in the heavy metal, new wave & gothic music scene from there.

From one thing came another and in 2000 he hit his first psy-trance party searching for other intense sorts of music and he got hooked straight away from the 1st moment it hit him. ?It was nothing more then a logic result? as he says himself, ?because it combined all elements from metal/punk, wave & electronic music?.

Alon ended up turning into a full-time addict in no time and decided to start producing him own music in 2004 to give birth to all the ideas and inspiration he felt poppin' up in his head.

Now it's 2006 and he feels ready to unleash his awesome raw power upon planet Gaia and his first release ?The Magic Medicine? on the next Mind Funk Records compilation will sure not go unnoticed and set pace for a long list of successful releases to come on the future?

3)Orca is also an alias of electronic musician Darren Beale, more notably known as drum & bass artist Decoder and a member of Kosheen.

Headed by Jens Thomsen, a staple in the Faroese music scene for years and former bassist of the influential band Clickhaze, ORCA makes primal, Nordic-saturated music on entirely homemade instruments.?

ORCA got its beginning over Christmas 2005 when Thomsen, along with family and friends, built all the band's instruments out of scrap material and power tools salvaged from the family farm.

After the instruments were finished, the group composed music for five days. The flurry of creativity culminated in recording their debut album ?Livandi oy?a?, and a live concert that remains the stuff of legend for young people here. (?You got invited to the ORCA concert? So cool.?)

One criticism heard repeatedly of ORCA is that their lyrics are highly cryptic, and that the postmodern Faroese flow detracts from the quality of the musicianship.
Fortunately for ORCA's future plans for touring internationally, foreigners can blissfully ignore this fact, and focus their attention on the awesome sounds the instruments make at a live show, despite the challenge of transporting them and keeping everything tuned. A favorite is the Bottle Organ, which is a series of soda bottle with different levels of water in each, attached to air compressor nozzles.

With extensive performing experience, strong musicianship and those crazy instruments, ORCA offers a great live music experience. Hopefully their instruments can just hold together long enough for the world to hear it.