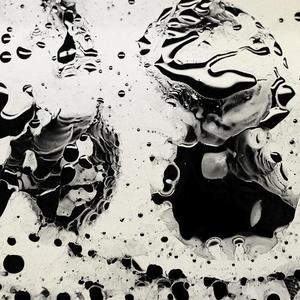 Opium Flirt is a group formed in 2004. The core members of the band are a pair of individuals (Ervin Trofimov and Erkki H?be) whose common traits include adept multi-instrumental skills along with a musical goal to do something different and new in the Estonian music scene. A fairly broad musical taste can also be considered, as the music they compose, record and perform includes elements from various old and new popular, classical, experimental, jazz and folk music.

Their earliest ideas were manifest on a CD-R album "Saint European King Days" (2005), which also caught the attention of several radio DJs, critics and also the concert-goers who happened to see the band live. A noted radio DJ Raul Saaremets proposed Opium Flirt to record a radio session for his show, "Vibratsioon". The result was a thirty minute session including three long compositions which was recorded in 29-30 March, 2006 and broadcast shortly thereafter. Originally Opium Flirt was basically a duo and it goes without saying that two members is considered the minimum required for the formation of any sort of a group or a social entity. However, the more the merrier is also true for Opium Flirt, as from 2006 onwards they have invited several musicians and collaborators for their live gigs. Speaking of live, in October 2007 Opium Flirt released "Tehislend", an album featuring mainly concert recordings alongside a few pieces from earlier releases. OF is constantly working on new material. "Apple month" was released in 2008.
In 2010 Andres L?o joined the band. After releasing their next album "Dejavoodoo" (13 of May 2010) Erkki H?be quit the band.