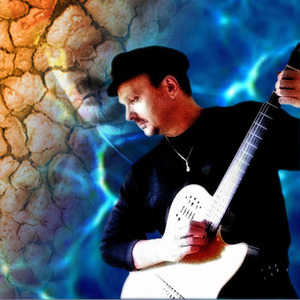 "Bosnia's answer to Jimi Hendrix!" - Misha Berson, Seattle Times "The music is as fascinating as the story of the musician himself, a man who somehow learned to draw incredible sounds from the guitar while surrounded by the chaos of wartime Sarajevo. There is depth to each of the songs on this CD that words can't really explain and the best I can say is that Amir Beso is easily on the caliber of Santana or Jimi Hendrix in terms of raw talent. I don't believe there's one song on this CD that you won't love." - Unsigned Magazine

"The music is as fascinating as the story of the musician himself, a man who somehow learned to draw incredible sounds from the guitar while surrounded by the chaos of wartime Sarajevo. There is depth to each of the songs on this CD that words can't really explain and the best I can say is that Amir Beso is easily on the caliber of Santana or Jimi Hendrix in terms of raw talent. I don't believe there's one song on this CD that you won't love." - Unsigned Magazine

"Virtuoso is a word too often tossed about lightly. But, it would not be out of place in describing this album and the Balkan-born musician whose work it represents. Amir Beso is, in the best sense of the word, a virtuoso. You don't even have to like the kind of music on his album, Fatamorgana, to admit his virtuosity. It's evident by the precise fingering and fretting that this is a skilled guitarist. It's also evident there's a recognizable talent at work when a debut album is nominated for the prestigious Independent Music Awards in 2006 in two categories. Fatamorgana offers a pleasant listening experience. It's an exotic mix -- flamenco, gypsy, Middle Eastern -- but with a modern twist perhaps owing to Beso's early immersion in metal and rock. From the title track to "Balkan Nights" and the lovely lullaby written for his wife, there's a lot of passion and just plain good listening in those 10 tracks." - John R. Lindermuth, Rambles Magazine

"Sarajevo-born songwriter Beso laces his Gypsy guitar instrumentals with hints of New Age loopiness on this debut CD. It's a little like receiving massage therapy in the middle of a Balkan picnic." - Tizzy Asher, Seattle Post-Intelligencer

"The Balkans seem to be fertile ground for nurturing incredible guitarists. Amir Beso's music nicely draws on the polyrhythms and modal scales indigenous to his homeland." - Alan Fark, minor7th.com

"This CD evokes happy, carefree memories. It has a romantic and sexy tone, bringing me down to earth to simply enjoy life and live every moment to the fullest. I want to make passionate love on a desolate beach or in a green meadow to the lilting rhythm of this sweet music." - Samantha, amazon.com customer review

Amir Beso's album "Fatamorgana" is nominated for 2006 Album of the Year by Independent Music Awards in the World Fusion category, and for the "Best CD of 2005 Award" by Indie Acoustic Awards in category World Music - Latin.

The liner notes for this CD, written by film director Phil Robinson ("Field of Dreams", "Sneakers", "The Sum of All Fears") tell this story:

I met him in 1992, when he was lead guitarist for a war-time production of the American musical "Hair" in Sarajevo, but it was much later when I learned his name was Amir. Everyone in Sarajevo had a nickname, and his was Lazy. That's how I was introduced to him, and I quickly assumed it was sort of like how Clapton's chums nicknamed him "Slowhand", because this skinny kid with the scraggly beard and USA baseball cap seemed anything but lazy when he played the guitar. Blisteringly-fast leads, taste, tone, talent, he had it all. Heavy-metal, blues, straight-ahead rock, you name it, he played it, and brilliantly.

After the show, we sat in a smoke-filled bar and he told me of the months of rehearsals that had gone into the show; how important it was for the artists and the audience to keep this sort of thing alive; the hardships of putting on a show with an emergency generator, enough power for one spotlight, and mortars and snipers outside. "Look," he sighed, pulling back one side of his jacket, "I have to carry gun." Indeed, there was a holstered pistol on his hip. "What's that for," I asked?

"To make sure I get to theatre."

I made a mental note to remember this the next time someone on a movie complained to me about their motor home.

We met again a year later. The war was still raging, and he was thinner, but just as determined to make a difference. "I've learned a lot about life in the past 18 months," he mused. "Mostly what I've learned is that in times like this good people get better, and bad people get worse."

A few weeks later, he was walking down the wrong street at the wrong time, some mortars exploded, and he was badly injured. My assistant Laura worked the phones for weeks until she found the hospital in Denmark to which he'd been sent for treatment. Eventually, we were able to convince the U.S. Information Agency to fly a couple of "Hair" performers over to the U.S. to raise public awareness about the war. Lazy came over, met Laura, they fell in love, got married, and had a kid.

All of which is a long story about how I lost my assistant. But I'm pleased to report that Lazy has atoned for this theft by creating "Fatamorgana", a gorgeous CD of surprising, original and soulful music. It's music that could only have been created by a virtuoso musician whose life encompasses the Balkans, rock-and-roll, war, peace, love, a wife and a new son.

Digital downloads available at iTunes and all other major services.