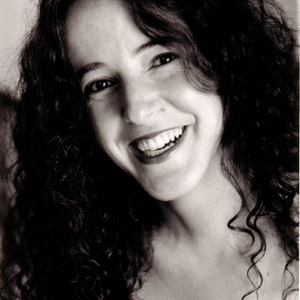 Ofri Eliaz was born in Afula, Israel and spent her early childhood in the north of Israel. At age ten moved with her family to Jerusalem where she spent most of her teenage years in the High School of Arts. During her army service performed as a singer accompanied by a guitar player. After her military service, spent a year at Rimon School for Contemporary Music in Ramat Hasharon. In 1997 moved to N.Y.C to study music and music therapy. She received her first degree in Music Jazz Performance from Mannes School of Music and her masters degree in music therapy from New York University.

In 1997 moved to N.Y.C to study music and music therapy. She received her first degree in Music Jazz Performance from Mannes School of Music and her masters degree in music therapy from New York University. During these years performed all over the U.S with a program of Ladino and Israeli songs. In 2003 came back to Israel and released her first CD of Ladino songs: "Ya salio de la mar". She appeared on several T.V and radio shows. She continues to both perform and engaged in music therapy. These days she is collecting materials for her next album of Hebrew songs.

In the States performed Ladino music with the Sahar Ensemble and with a duo.

In 2003 received a grant as an "Excellent Artist" from the Ministry of Absorption.

Participated in June 2004 in the Festiladino contest at the Jerusalem Theater in Jerusalem. The event took place as part of the annual Israel Festival.

Teached voice technique at the conservatory Yad Charif between 2004 and 2005.

Ofri Eliaz is currently working as a music therapist with adolescences at risk in schools for special education in Jerusalem.

Worked as a music therapist with autistic children in a school for special education in Jerusalem between 2004-2007.

Worked as a music therapist with children with special needs at 'Variety' center in Jerusalem between November 2003 and August 2004.

Graduated from New York University in September 2003 and received MA in Music Therapy. Teachers in the program include some of the best therapists in the field, such as: Clive Robbins ,Kenneth Aigen, Diane Austin, Alan Turry, Lisa Sokolov and others.

Worked at South Beach Psychiatric Center in N.Y as a music therapy intern between September 2002 and June 2003. At the Center, lead sessions with groups and individuals at all mental levels and conditions.

Worked as music therapy field work student at Ft. Washington House Center for the Elderly in N.Y.C between January and June 2001, with groups and individuals who have Alzheimer?s disease and with people suffering from mild retardation.

Worked as music therapy field work student at Nordoff and Robbins Center in N.Y.C between September 2000 and January 2001, with children aged three to thirteen at different levels of development and with diverse conditions.

Studied Music at the New School University, New York City in the years 1997 to 2000. Received BFA in music; specializing in vocal jazz performance.

Plays guitar, piano and a recorder.

Majored in radio communication at the Hed Academy in Israel, specializing in writing, editing and presentations of musical programs. The course was under the direction of Dori ben Zeez. The teachers include Moshe Timor and Danny Karpel.

Studied jazz and popular music at the Rimon School of Music at Ramat Hasharon. Teachers include: Gili Dor, Ilan Mochiach, Amikam Kimelman, and others.

During army service toured Israel as a singer, accompanied by a guitarist. The musical director was Gili Dor.

Graduated from the High School for Arts in Jerusalem, majoring in theater.