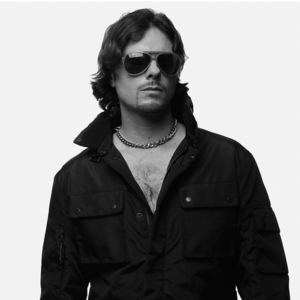 With almost 200 produced tracks, 8 musical projects, 8 studio albums & thousands of international live shows into his extraordinary career, Ofer Dikovski, better known to the world as ?Oforia', is about to take you on a new journey with his 9th release: ?Arcadia'. 15-years into his musical voyage, Ofer Dikovski's unique talent has gained him worldwide esteem as one of the best music producers to come out of Israel. With every release and wherever he performs, Ofer captivates the audience through inflaming sound production and composition skills, as near to perfection as can be.

15-years into his musical voyage, Ofer Dikovski's unique talent has gained him worldwide esteem as one of the best music producers to come out of Israel. With every release and wherever he performs, Ofer captivates the audience through inflaming sound production and composition skills, as near to perfection as can be.

Ofer Dikovski's path to international recognition started as one half of the pioneer act ?Indoor' together with Avi Algranti (a.k.a Space Cat) and Marco Goren.Their album was one of the first in the wave of trance-artist albums. (?Progressive Trance?. Label: N.M.C (1995)).

Ofer (and ?Indoor?) also formed the ?Phreaky? project together with DJ Dino Psaras. This project was responsible for the massive hit ?Tornado?(Dragonfly-UK/1997). It was the first time that an Israeli piece got into the UK indie-charts and climbed up to no. 23.!

From there on, Ofer continued as a solo artist under various names: Starting with ?Oforia?, he was one of the first Israeli artists to signed leading UK label ? Dragonfly and the result was his debut album ?Delirious?(1998), A bestseller album that based Ofer's unique sound and made him famous world wide.

In 1999, ?Oforia? released his 2nd album - ?Off The Ground?. A high quality album featuring variations in Trance from psychedelic to progressive and on to ambient and even a bit of industrial.
(This album was considered by many as ?ahead of its time?; up to a point where only now it is being repressed and distributed by B.N.E due to constant demand).

After two years of silence, BNE/YoYo Records has released in early 2005 Oforia's new studio album, ?Headed For Infinity? and as the title implies, this masterpiece is aimed straight to the heart of its listener. Ofer took his time to produce a new breed of sound & style. Oforia tracks have a distinctive ring, a characteristic feel. In fact, not just a feel, more like a message!

?Inner Twist? is Oforia's 5th studio album and was released in 2006, it took Ofer a year to record and polish but was worth waiting for. ?Inner Twist? brings a much more focused musical approach, and holds in store quite a few suprises: ?Show No Mercy? together with Time Lock (a.k.a. Felix Nagorsky) who visited Ofer in his studio and this visit led to one of the most surprising collaborations the trance world has witnessed yet. ?Adrenalin? together with Onyx (a.k.a Yaniv Gold). And of course ?Return Of The Machines? A stunning song featuring our very own multi talent B-Wicked (a.k.a. Bertin Katz)

In the beginning of 2007 Ofer has been appointed as a captain navigating the new venture with the world-renowned fashion and culture icon "Cyberdog", thus assembling ?Cyberdog vol. 4?. In addition, we present the latest tunes from Astral Projection, Timelock, Atomic Pulse and Echotek, to name the other talents in this brilliant compilation.

Finally have revealed the joint venture of Oforia & B-Wicked (Bertin Katz), both are friends and colleagues for over 10 years. This longstanding relationship previously spawned the captivating hit ?Return of the Machines', from Oforia's 5th studio album ?Inner Twist? in 2006, is now going to the next level in a new project & live show!