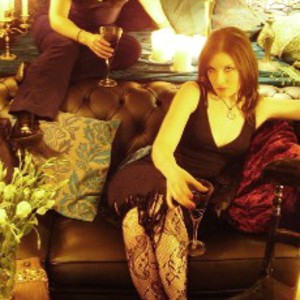 Odin Dragonfly are an acoustic duo made up of Heather Findlay (vocals, acoustic guitars, penny whistles and percussion) and Angela Gordon (vocals, piano and flute). They formed the band in 2005 as side-project of Mostly Autumn at a time when both Angela and Heather were still members of that band. Their music relies heavily on vocal harmonies and defies easy pigeonholing, but they have cited Kate Bush, Stevie Nicks, Joni Mitchell, Tori Amos and Sandy Denny as influences.

They released one album entitled Offerings in August 2007. The band have been on hiatus since their last live perfomances in 2007, although they have not ruled out further activity at some point in the future.