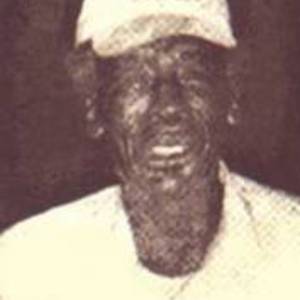 Harris is a 66-year-old singer and electric blues guitarist from the hills of North Mississippi. His music shares much in common with that of his late friends, R.L. Burnside and Junior Kimbrough. But he also was influenced as a young man by the blues of his uncle-by-marriage Albert King and his cousin William Bell, who went on to become a soul legend at Stax Records in the 1960s and 1970s. Harris' sound manages to marry the primal hill-funk of the Burnside/Kimbrough nexus and the greasy strut of a century of coarse Memphis blues.

The 12 tracks that make up Searching for Odell Harris range from gripping solo performances of blues standards like ?.44 Blues,? ?Laughing To Keep From Crying? and ?Sitting on Top of the World,? to raucous band performances featuring support from Mississippi native Bill Abel on guitar and Steve Lightnin' Malcolm on drums and bass. Abel has backed everyone from David ?Honeyboy? Edwards and Henry Townsend to Sam Carr and Big George Brock. Malcolm has worked extensively with Jimbo Mathus, the Burnside Exploration and such elder statesmen of the blues as T Model Ford, Cedell Davis, Robert Belfour and Jimmy ?Duck? Holmes.

Searching for Odell Harris was recorded during a single all-night recording session on the gulf coast of Mississippi. The name of the disc alludes to Harris' legendary elusiveness. He rarely performs in spaces more public than a friend's living room or front porch.

The CD is the first for Harris and the second for the label, which made waves earlier this year with the release of Back to Bentonia by Jimmy ?Duck? Holmes.

Searching for Odell Harris is profiled on the cover of the new Red Lick catalog. For those who don't know Red Lick, it's a mammoth mail order company in the UK that supplies blues and related music to customers all over Europe.

Here's what they had to say about Searching for Odell Harris:

Odell Harris is one bluesman that Fat Possum didn't find, but if they had got to him first, I think they'd have been proud to produce a CD that sounds like this.

Where's he from? He's a secretive type who, once every blue moon, performs at some back country blues joint or a local barbecue but more often than not contents himself with playing on the back porches of neighbours and friends. I'm not sure if he's ever been recorded before but I seem to have heard the name ? maybe on one of those obscure Flyright field-trip country blues releases. The notes give no clue as to his origins but he does tend to play in the style of the Mississippi hill country musicians. ?Hill Funk,? for instance, is an instrumental full of choppy, over-amplified guitar licks slapped over bill Abel's funky, angular guitar ramblings, and that's Lightnin' Malcolm walloping the hell out of the snare drum. It's certainly a funky work out with Odell changing the mood all the time.

At times, there's an odd nod to Mississippi Fred McDowell and, like him, Odell obviously learned his blues from records because you can also detect the influences of Skip James, Howlin' Wolf, Jimmy Reed and Junior Kimbrough. Odell certainly picks his music well. Junior Parker's rollicking ?The Train I Ride? is driven along by Abel's more-than-able second guitar and ol' Malcolm's locomotive drums while Odell tears along at full speed with a neat appropriation of McDowell's chugalug rhythm ? you'll recognize it when you hear it.

Bo Diddley's ?Before You Accuse Me? is transformed into a clanging, coagulated country reel and ?.44 Blues? comes across as a menacing, threatening piece intensified by Harris' haunting, high-pitched vocals. His take on Luther Johnson's ?On Your Way Fishing? is a gem ? lascivious vocals croaking out the lyrics while he gets to work with some chunky picking and Abel rumbles away with his hypnotic rhythm guitar. Kimbrough's ?All Night Long? finds the spot with the drummer hitting heavy on the offbeat while Odell and Bill weave their way through the dark, meandering guitar lines. There's little vocal work here but it makes a ripping version of a new Mississippi blues standard. ?Someday Baby? is a real bruising juke joint piece with slamming drums and aggressive guitar. Another high spot, in complete contrast, is Odell's lovely, relaxed version of Joe Callicot's ?Laughing to Keep From Crying? ? a simple, easy going performance with heartfelt vocals and crisp guitar.

This is raw and ragged ? exactly the way electric back porch country blues should be. Broke & Hungry thought they'd made a grave error when they agreed to record this CD in a local blues club after hours. It was a tough session with the lubricated audience occasionally getting in the way and numerous other disruptions, like Odell forgetting that he had to sing into the microphone . . . but then, at around 4 a.m., something magical emerged from the chaos. The crowd got quiet, the musicians found a common groove and this terrific recording was made. Jeff Konkel's short but sharp sleeve notes describe the whole episode deliciously. This kind of blues is getting harder to find. It's the real thing.