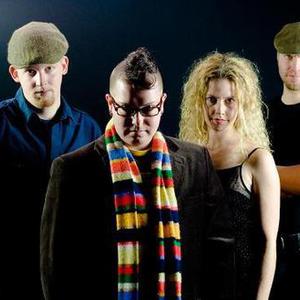 Ockham's Razor formed in the spring of 2006 and began introducing audiences in the Pacific Northwest to their exciting, youthful style of Irish and Folk music in June at the Fremont Summer Solstice Festival. As a result, the band was commissioned to write and record their first original song ("A Face, An Echo" on their self-titled debut CD now only available for digital download) for an independent film.

In the following months, the original members would continue to write their own music as well as arrange traditional Irish and Celtic songs in new ways with their fascinating technique to deconstruct and recreate them with a modern sound while containing the spirit and soul that made each song memorable. The bands fun, young sound and exciting, interactive stage shows also attracted new audiences to their music who may have never previously listened to Celtic music.

"Ockham's Razor is a group of young and talented musicians with an Irish rock sound, interwoven with haunting notes and energetic rhythms. They interpret traditional folk tunes in a progressive and stimulating way that leaves the audience listening. Their generous nature is part of the experience; the audience feels like part of the band."

In 2007, Ockham's Razor experienced their first evolution with the addition of several new members, including Tom Rooney, who they met at the Yakima Folklife Festival. Tom brought his bluegrass background into the band playing both banjo and mandolin. Within a month, the new members began practicing with the band and performed their first live show.

The album went on to be named Album of the Week by Scottish Celtic Music Radio in February 2008, included in the CDBaby.com "Beer-Soaked Irish Rock" featured playlist and played on radio stations in Canada, the United States, Ireland, Scotland, England, and Germany.

As some of the original, founding members left and additional members joined, Ockham's Razor's new incarnation continued to bring their "Ethno-Punk" sound to audiences throughout Washington, California, Idaho and Oregon at shows including the Northwest Folklife Festival, Yakima Folklife Festival, Tacoma and Whidbey Island Highland Games, Prosser Scottish Festival and opening slots for The Chieftains, The Paperboys and Enter the Haggis. Between 2006 and the end of 2008, the band perfected their live shows performing over 300 times.

2009 brought additional challenges as the line-up changed once again and new members were introduced and began working on the bands third album.

Throughout the years and different members, one thing has stayed constant; the individuals musical backgrounds and influences remain the driving force behind the genre-blending sound of Ockham's Razor.

"A crossbreed of the traditionalism of the Chieftains and the hard stomp of the Pogues, Seattle's own Ockham's Razor take the Gaelic-Celtic genre into the 21st century with a keen sense of the past coupled with a progressive attitude that is entirely fresh."