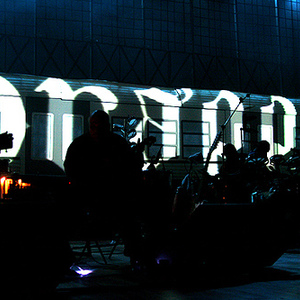 O Rappa got their start in 1993, when Jamaican reggae artist Papa Winnie arrived in Brazil for a series of show and needed a back up band to support him. Four people were immediately picked: Nelson Meirelles, a well-known Rio de Janeiro indie producer; Marcelo Lobato, former member of ?frica Gumbe; Alexandre (Xand?o) Menezes, a musician with African influences; and Marcelo Yuka, a prolific songwriter and member of KMD-5 at the time. After the shows with Winnie, the foursome decided to keep the band going and added a vocalist and fifth member, Marcelo Falc?o, recruited through an ad in Rio's main newspaper. In 1994, they released their first album, O Rappa, on the Warner label.

In 2001, Marcelo Lobato who was originally on keyboard had to take over drum duties after the band's original drummer and main songwriter, Marcelo Yuka, was shot multiple times during a robbery near his house in Rio, which severely compromised movement in both his legs and one of his arms. Yuka has been the biggest contributor of the band's social projects for years, even after turning paralytic. He is currently working on other music projects such as F.Ur.T.O.

Lado B Lado A