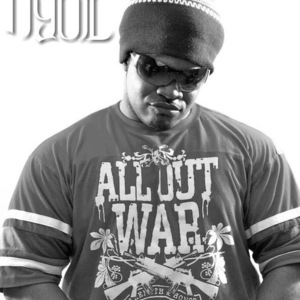 Amid the ongoing debate of whether or not hiphop was dead in 2006, NYOIL (pronounced NY Oil) became the point of controversy upon the release of his underground debut, "Y'all Should All Get Lynched." Calling for those he deems "coon ass rappers" and "fake ass gangstas" to be lynched, his Internetreleased video collage, featuring photos of rappers like 50 Cent and Three 6 Mafia juxtaposed with images of slavery, lynchings, and black sambo characters, made his intentions even more explicit.

An honors student during grade school, he was strongly influenced by his mother's morals, growing up in the St. George district on Staten Island. His mother was a police officer who served during the Gulf War but, upon returning from the war, converted to Islam. NYOIL was interested in writing rhymes since he was 12, but felt the need to drop "Y'all Should All Get Lynched" when he was over 30 years old. He initially leaked the selfproduced song through his MySpace webpage before feeding the video to YouTube. Within the first 48 hours of its posting, however, YouTube banned it from the site. The press, ranging from the U.S.based Rolling Stone to the Swedish Quote Magazine, practically lined up to interview the Staten Island rapper, and he was just as eager to wax philosophical on the state of hiphop and black culture. Nevertheless, NYOIL consciously tried to remain mysterious by not revealing his real name or much information about himself, not to mention that he would sometimes go off into the metaphysical. For his debut fulllength, HoodTREASON: The Warm Up Album (2007), he recorded similarly crafted songs with racy, social commentary.