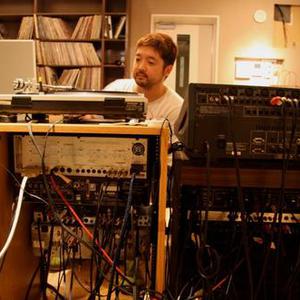 Jun Seba (???) (February 7, 1974-February 26, 2010) was a Japanese hip-hop music producer who recorded under the name Nujabes (new-jah-behz; which is simply his real name spelled backwards). His music is known for a strong cool jazz influence, frequently using samples from artists like Miles Davis and Yusef Lateef. He was also an owner of "tribe", a record store in Shibuya, Tokyo, and led indie record label Hyde-Out Productions.

He was also an owner of "tribe", a record store in Shibuya, Tokyo, and led indie record label Hyde-Out Productions. He released two albums in Japan, Metaphorical Music in 2003 and Modal Soul in 2005. He was also a member of the production duo Urbanforest, an experimental collaboration with Nao Tokui (appearing on the Lady Brown 12").

He has also contributed music to the soundtrack of Samurai Champloo, an anime which blends a setting in feudal Japan with modern anachronisms, especially hip-hop music.

On March 17, 2010, it was announced on the Hyde-Out Productions website that Jun passed away on February 26, 2010 at the age of 36 after being involved in a serious car accident on the Tokyo Metropolitan Expressway. He was promptly transported to the hospital, where attempts to revive him were unsuccessful. An English announcement was made on March 18 by friend and collaborator Shing02 on the Empire22 website:

Today, I have very somber news for the international hip hop community, especially fans of the independent hip hop scene, and those who have followed my career.

It has been announced that Jun Seba, aka Nujabes, Japanese hip hop producer extraordinaire, passed away late February. Official statement from the label (in Japanese) here:
http://hydeout.net/hydeout/2010/03/_hydeoutproductions.html

We deeply regret the loss of a unique talent and a close friend. Through his soulful music, Nujabes has touched so many people around the world, even beyond his dreams. He was a mysterious character to most as he avoided the public limelight, rarely conducted interviews, so only a few got to know the man behind the signature production. Yet it continued to amaze me how young listeners of all backgrounds learned of his enigmatic name, and expressed support for his music.

As I write now from Japan, I had been leaving him messages the past couple of weeks, trying to get in the studio together, so the news could not have come any more unexpected. Even last week, I passed by his house and called him thinking he was still home.

I met Nujabes around 2000 and as an upcoming MC, I was fortunate to work on tracks such as Battlecry, F.I.L.O, Luv(sic) parts 1, 2 and 3. We had been working on the next trilogy of Luv(sic) over the past year (which we're determined to see through). The last time we talked in January, Nujabes emailed me to wish Jeff Resurreccion, a 19-year old beatboxer who had just passed way from cancer, his heartfelt condolences.

While we continue to respect the privacy of his family, we will work to preserve his legacy, and pay tribute to the body of work, some unreleased, that he has left for us to enjoy. Jun Seba will be dearly missed by his family, friends, colleagues, and fans worldwide.

Still Talking To You & Steadfast (CDS)