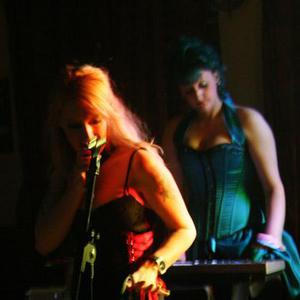 NOVUS are a female fronted Electro outfit from the UK, They have emerged from the Mission Control studio's with a ground-breaking new album entitled "Re-Designing The Future" which is a blistering fusion of underground dark beats and cut glass vocal performances. The band consist of the English rose of UK Darkbeat, Sarahjane (ex Faithfull Dawn) on vocals and at the control station is one man Industrial Noise terrorist Jonathan Sharp (of Bio-Tek, New Mind and Hexedene infamy). Together they generate a perfect hybrid of emotional imagery and sleek dancefloor modernism.