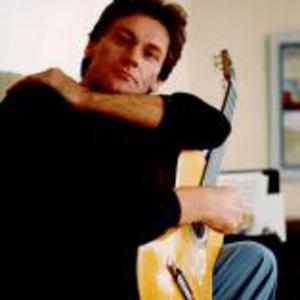 Norbert Kraft. Guitarist, teacher, producer, born in Linz, Austria, 21 Aug 1950, naturalized Canadian 1954. He moved with his family to Toronto as a child, and after playing electric guitar in rock bands and studying piano and harpsichord as a teenager, he studied classical guitar with Carl (Carol) van Feggelen and with Eli Kassner at the University of Toronto. His later teachers included John Mills in England (1973-4) and Aaron Shearer in the USA (1978-9). He also participated in master classes with Aliro Diaz and Oscar Ghiglia in Europe.

An international performer, Kraft has also recorded and (together with his wife: Bonnie Silver, who is also a pianist and harpsichordist) produced many albums on the Naxos Records label. In 1994 he launched the label's Guitar Collection as producer and artistic director.

Kraft specializes in solo guitar pieces from the 17th to 20th centuries as well as concerto repertoire. He has published many arrangements and transcriptions of Baroque and later solo and chamber music, including works for guitar and harpsichord. He has also compiled and edited a series of graded technical exercises and repertoire for the guitar. These were published in 1978 as Classical Guitar Editions and were adopted as official curriculum by the Royal Conservatory of Music (Toronto).

He has served on the faculties of Manhattan School of Music, University of Toronto and The Royal Conservatory of Music.