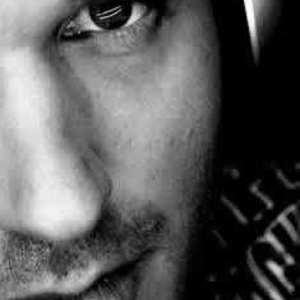 When nor elle?s debut album "Phantom Of Life" (mole013-2) was released in march 1998, it was still kept a secret, that the producer of the album was Norman Feller aka Terry Lee Brown Junior - the House DJ and producer from Darmstadt (near Frankfurt / Germany) who has had a severe impact on the development and rise of the genre Tech-House. Under the pseudonym nor elle, he continued his atmospherical explorations with the sophomore album "Slapstick" (mole038-2) in september 2001.

He stayed more than true to the Mole subheading "Listening Pearls" and employed structures from diverse musical backgrounds: stopping by at Dub and then straight again into Downbeat. It is especially due to the focus on Downbeat what makes nor elle?s music so completely different from that of his much better known other alter ego.

Norman Feller began DJing in 1989 and soon thereafter, he released his first tracks on vinyl under various pseudonyms. 1994 was the turning point in his career when Norman decided to completely dedicate himself to music. In the following year he invented the House-oriented project Terry Lee Brown Junior which allowed him to create his own sound on the label Plastic City:

Laid-back and sophisticated Tech-House. Mole Listening Pearls fans may like to tune in into his well established compilation series "Terry?s Caf?", which is the Listening Pearls? counterpart in House music. With his Plastic City label comrade The Timewriter aka JFC, he remixed the two Alphawezen tracks "Gai Soleil" and "Electricity Drive", which were released as a single in June 2002 on the Plastic City label.

In March 2006, the third album called "Kombologi" was released. This time, the name of the album will be a little bit spiritual. Spirituality means the consciousness and the action resulting from it. The soul or the mind are the origin of an transcendent authority and relate to a higher reality. This could be also found in music.

"Komboloi" is the prayer chain of the Hilandar cloister on the mountain Athos, the monk's republic on the Greek peninsula Chalkidiki. Following this relic, the new phenomenal work of nor elle is called "Kombologi". An album that moves the center of the consciousness and touches with its soul and mind like no other.

"Kombologi" is an almost quite epic work of uncommon emotional density. The album performs like a kind of musical novel that leads in wonderfully warm sounds and beats into the most wonderous spiritual corners of the world. The album tells stories from a light unconcerned life. The music is not in search for anything, it is just arrived and achieved its aims. There is no need to transport messages, just enjoy and reflect.

"Kombologi" functions as an inspiration and projection screen. All electronic sounds feel like a warm foam bath. The beats gently caress the body. A quite easy acoustic guitar covers with sudden feelings of happiness. Out of the speakers warm wind is floating directly from the blue sky above the desert. The voices are reflected in the horizon as mirages of the nicest places of the world.

With his project nor elle Norman Feller has created one of the most perfect downbeat albums. "Kombologi" is a climax in sound culture, virtuosity and calmness. The album is a masterpiece and landmark, supported by miraculous guest musicians. Music from the origin of a transcendent authority which creates the relation to a higher reality.

T A X I Nightshift