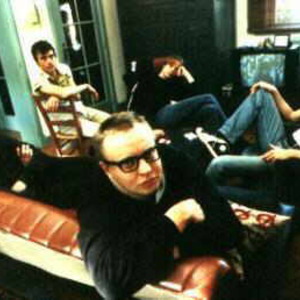 Noordkaap is a Flemish band singing in Dutch who won the 1990 edition of Humo's Rock Rally. They split in 2000, after which frontman Stijn Meuris started a new band, Monza. Noordkaap gained fame with a cover of the song "Arme Joe" (Poor Joe), originally sung by the famous Flemish singer Will Tura. Noordkaap's story starts at Humo's Rock Rally. After their victory, the debut album "Feest in de stad" (Party in the City) is warmly received. Powered by their frontman and rock-journalist Stijn Meuris, the band evolves fast from slightly bombastic rock to more passionate pop music.

Also the gloomy lyrics of Meuris about the "unbearable lightness of being" change to more humorous and optimistic lyrics. The album "Gigant" gets glorious reviews all over the country.

Noordkaap's big mainstream breakthrough comes with a soundtrack for the film "Manneken Pis". The nostalgic and na?ve atmosphere of the waltz "Ik hou van U" (I love thee) goes straight to the hearts of the public and the song becomes a big hit.

After the album "Programma 96", Meuris seems to be tired of writing and performing. The band takes a step down, but continues touring Belgium and Holland with an acoustic show in the theater halls. Amidst rumours of a split, they record another soundtrack in 96, for the film "Alles moet weg" (Everything Must Go).

In 1997, three of the original Noordkaap-members leave the band : only Stijn Meuris and Lars Van Bambost remain. In 1999, the group resurfaces with the single "Pretentious moi" , and a new cd that carried the name "Massis" (a reference to the deceased Belgian strongman) is released. With the contributions of no less than three new musicians the album shows a "renewed" Noordkaap. It earns them a long awaited place at the Torhout-Werchter festival.

In September 1999, however, Stijn Meuris reveals the news that Noordkaap will stop playing at the end of March (2000). The reason is that Lars Van Bambost, the guitarplayer and songwriter, has decided to leave the band (to join Novastar). But the Noordkaap-story is not finished yet: in October 1999 a compilation album is released and on top of that a brand new single ("Goed nieuws voor slechte mensen") sees light. After that, Noordkaap is history.