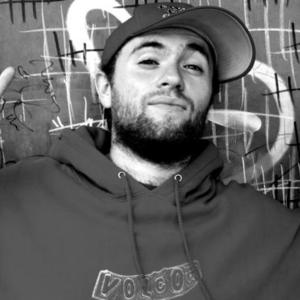 Since the early 2000s Guelph, Ontario's Noah23 has been building up his reputation of being one of the strangest rappers in the galaxy. With his quick tongued raps, cultural reference infused stream of consciousness lyricism and a knack for writing gorgeous melodies, Noah has become well respected as one of the top independent Canadian rappers. Over the years Noah has shared stages and songs with everyone from cLOUDDEAD and Sole of the original Anticon collective to Kool Keith, Islands and Matisyahu.

Over the years Noah has shared stages and songs with everyone from cLOUDDEAD and Sole of the original Anticon collective to Kool Keith, Islands and Matisyahu. On his latest album Fry Cook on Venus, Noah teams up with Fake Four producers such as Factor, Cars & Trains and SkyRider to make his poppiest and most concentrated effort to date. Guest Vocalists such as Liz Powell from the Saddle Creek band Land of Talk, Myka 9, Sole, AWOL ONE, Gregory Pepper, Ceschi and others also contribute to the record - helping to make one of the most intriguing hip-hop listens of the new year.

Noah23 is an international Hip Hop phenomenon, Synchromystic Technoshaman and underground legend who has been rapping since the mid 90s. He was born in Natchez Mississippi and grew up amongst the influential indie hotbed of Guelph Ontario Canada. He has performed and sold his abstract psychedelic inspired rap records across the world and released over 20 projects and albums.

In the late 90's Noah started the highly regarded Plague Language label which released music from a diverse roster of artists including Penny, Orko, Baracuda and also producer Orphan aka Kingston who is now one half of Blue Sky Black Death. Plague Language no longer functions as a label but exists as a loose Royal City based Hip Hop collective.