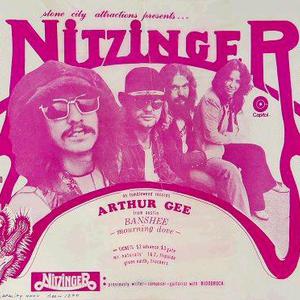 John Nitzinger is a Fort Worth, Texas guitarist and song writer. In the very early 1970s Nitzinger penned five songs for the Fort Worth band Bloodrock. When Bloodrock went gold, Nitzinger signed a contract with Capitol Records and his first album, the self titled Nitzinger, was released in 1971. In 1980, Nitzinger formed the band Pm with Carl Palmer, formerly of Emerson, Lake and Palmer and others, which released a single album, One P.M., on Ariola records.

In 1981, he joined Alice Cooper on the Special Forces tour.

One Foot In History