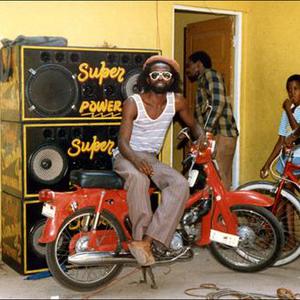 Nitty Gritty was one of dancehall reggae's top singers in the 1980s. One of his earliest stageshow performances occured in 1979 alsongside General Echo and Madoo for the Stereophonic sound system. However, he didn't become a star until 1983-84, perfoming mostly for Sugar Minott's Youthman Promotion. By 1985, Nitty had recorded many hit tunes including "Run Down the World", "Good Morning Teacher", and "False Alarm" for the Jammys label. The latter was likely dancehall reggae's most popular "counteraction" tune ever, a response to the massive hit "Ring the Alarm" by Tenor Saw.

In addition to his own music, Nitty is well-regarded for being mentor to Saw, who during his short-lived career became the bigger star. Still, it is Nitty who gave Tenor Saw his unique singing style, one which was copied by many others as the decade wore on.
By 1986, Nitty Gritty was touring England, performing with other artists over the Sir Coxsone Outernational sound system (no affiliation to Coxsone Dodd). He spent the reminder of the decade performing stagehows and recording dubplate specials for sound systems all over the world.
Nitty Gritty's life ended in 1992, during a shooting incident in front of Superpower Records in Brooklyn, New York. The shooter was fellow dancehall superstar Super Cat, who was cleared of any charges by local police in the name of self-defence.

This isn't a picture of the South Jersey Rap duo Nitty Gritty, but I would imagine they wouldn't mind it representing them.