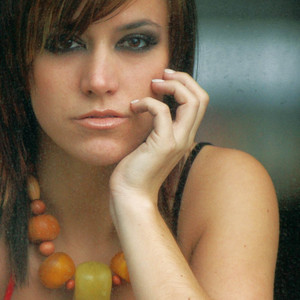 A girl from Aargau, Switzerland with international appeal. Nita rocks pop. When you're seventeen you still have dreams. What began so promisingly in 1998 with the hit single ?Stay? is now a real promise: Nita is here to stay. ?Songbird? is her debut album release. The little girl has matured into a 25-year old singer ? the live wire has become a powerhouse. ?Songbird?: sixteen strong, carefully produced songs that have a radio appeal and showcase the singing range and vocal potential of (songbird) Nita in many ways.

No surprise there ? after all, the songs were composed, written and arranged especially for her. After many months intensive work at the Cologne studio, the singer cannot wait to perform live for her audience. ?I really want to get up there with my band and just rock out,? Nita says, looking forward to upcoming live gigs.
Nita has already been in the music business for ten years, releasing three singles: ?Stay? (1998), ?When you call my name? (2004) and ?I'll be your sunshine? (2005). And she even released two albums in Japan in 2005 and 2006, which unfortunately did not arouse much interest in Switzerland. But despite this, and despite previous TV appearances, radio interviews, and media presence, Nita is not smug.

Caution Bound to be Blessed