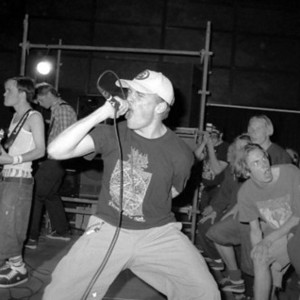 1. Ambition was a metallic hardcore band from Skien, Norway. Three of the members had previously played in the straight edge band Washington Disease. Their only releases were a demo-tape and a split CD with Lash Out from Molde. The members went on to play in Onward, Insurance Risk, Common Cause and other bands. 2. The basis of the AMBITION project were put during the year 2002, when Frontiers Records President Serafino Perugino approached singer Joe Vana, of MECCA fame, in order to bring back on the spotlight one of the ?long lost? AOR golden throats - Thom Griffin.

2. The basis of the AMBITION project were put during the year 2002, when Frontiers Records President Serafino Perugino approached singer Joe Vana, of MECCA fame, in order to bring back on the spotlight one of the ?long lost? AOR golden throats - Thom Griffin.

He reappeared again - ? after a silence lasted some 20 years! - on the music scene singing backgrounds on the MECCA album, where Vana ironically, shared lead vocals with Fergie Fredriksen (ex TOTO, LEROUX): the first singer in Griffin's original band TRILLION.

Griffin gained in fact his cult-status singing with TRILLION on ?Clear Approach?, a magnificent example of Pomp Rock which still today stands the test of time and that got recently reissued in the year 2000 on Sony Music in Japan.

Vana and Griffin soon went into the studio and cut the song ?Waiting In My Dreams? (a remake of a hidden treasure from the MR. MISTER repertoire), who took melodic rock fans by storm on the ROCK THE BONES vol. 1 compilation, released on Frontiers in 2003 and is now included as a bonus track on the finished release.

Unfortunately things sometimes aren't easy as they seem and Joe Vana had to resign from the project, because of other personal commitments. Griffin then remained without a producer and a songwriting partner and the album was about to be put on hold indefinitely.

But it was only thanks to Perugino's patience and persistence that AMBITION saw the light of the day in the end! He hired producer Fabrizio Grossi (GLENN HUGHES, STARBREAKER, VERTIGO etc.) to care about the recording sessions and asked around to supply the proper material that could suit best Griffin's soaring vocal abilities. Joey Carbone, longtime Joseph Williams' (ex TOTO singer) sonwgriting partner answered the call and supplied ?No Wasted Moments? and ?Together?. But thanks to this idea he was also able to discover a couple of talents in the persons of Christian Wolff, a very gifted songwriter from Sweden (who in the meanwhile has become the new songwriting partner of ON THE RISE's Terje Eide ? who also has a song on this album ?Shaping Fate and Destiny?) and Brian LaBlanc, who later on got a recording contract with his own band BLANC FACES with his brother Robbie.

The recording of the project could finally restart at the end of 2004 and since the music had an obvious resemblance to TOTO's sound on ?Isolation? and The Seventh One?, the producers thought to enlist the services of Swedish guitar ace Tommy Denander, who could have the perfect AOR touch for this release!