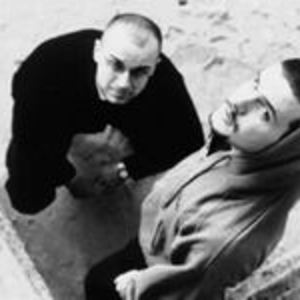 Nightmare Lodge started in June 1987 when Ivan Iusco was playing synths in a dark band, from whom he ended up departing. The same route was taken by G. Mantelli (bass). Ivan and him started a totally out of scheme anarchic composition path with no rules at all. In the same year Ivan's precious friendship with B. Mazzilli (vocalist) was born. Suddenly they decided to start a new project named Nightmare Lodge, although their musical works were too harsh and often totally amorphous. Soon they concluded the "Big Mother In The Strain" recording, a tape with 8 different tracks.

After few months, because of trivial disputes, the lineup was upset again. Ivan found himself completely alone in deciding the Nightmare Lodge destiny. In the meantime, he met M. Cioce, an interesting female vocalist, that was decided to be involved in two tracks on a split LP, with the band Lyke Wake, from Rome in 1989. When the album was out, the lineup changed again. M. Cioce left, and B. Mazzilli returned. Nightmare Lodge succeeded to assemble two new works across 1990 and 1991: a split LP with the Californian band Blackhouse and a tape entitled Asylum. These two releases marked a long retirement period for the duo, caused by the compulsory military service that overwhelmed Ivan and B. Mazzilli. In that time Nightmare Lodge produced only some tracks on various compilations around the world. When Ivan came back from the military service he was busy in raising again his record label Minus Habens. Due to this, the Nightmare Lodge inactivity existed until 1994. In that year a new and focal friendship born with the mysterious Russolo, a very talented purposeful electronic composer. A perfect union was made and since than Nightmare Lodge has released a CD trilogy ("Negative Planet", "Luminescence", "The Enemy Within"), a soundtrack for Syrena, an independent Italian sci-fi movie soundtrack and two albums ("Blind Miniatures" and "Tentacled") for the U.S. label Red Stream.