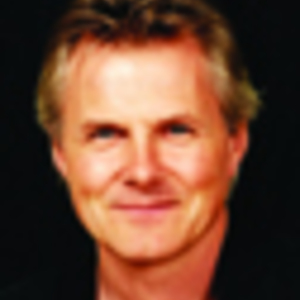 NIGEL HOLTON was born in Tenterden, Kent, U.K., and began his musical career at the age of three by standing on a dining room chair and ?conducting' an invisible orchestra while listening to the radio. He's come a long way since then, composing the soundtracks to over two dozen feature films, eight television scores, six short films, and contributing to eleven album by other artists and compilation recordings.

You can see his name almost any night of the week attached to projects airing on A&E, the History Channel, HBO, Cinemax, Showtime, PBS, and other cable stations. In 1992 he was nominated for the prestigious ?Spirit? award, and has received very favorable reviews in the Los Angeles Times, the Weekly Variety, and the Hollywood Reporter.

Nigel was eleven when he had his first musical epiphany while attending first assembly at a new school. This Church of England? affiliated institute boasted a brass band, which accompanied the usual choral hymns, something young Holton had not previously experienced. He notes, ?the excitement of realizing that this was something he could do was incredible. Soon, he was learning to read music and play a tenor horn. Within a year he was exploring horn parts on our home piano, asking his father where middle C was on the bass clef, and teaching himself how to play piano.? Since that time, Nigel has expanded his repertoire to include most keyboards, French horn and percussion. After furthering his aspirations by attending both Canterbury and Nottingham colleges of fine art, Nigel toured England and Yugoslavia for two years as part of the musical group the Foundations.

Nigel relocated to America and began assembling a home recording studio. ?Initially, his goal was to produce his own albums ?but instead he fell into film scoring, starting with student films and corporate videos, then eventually composing for feature films and documentaries.? He balanced cinema score activities with live performances, including a highlighted appearance at the Rainbow Warrior Festival in Santa Fe, and tour as part of the Kathleen York ensemble, which also included noted musicians Larry Kline on bass and Steve Caton on guitar. Two of Nigel's compositions were featured on the Domo Record compilation, REFLECTIONS. The airplay given his selections was substantial, so Nigel was encouraged to finish producing his debut recording for EverSound, ABOVE THE CLOUDS. He explains that, ?this album really represents the culmination of over 20 years work in the music business. ?The last 12 years spent producing film scores has really influenced my ability to make this recording. It lives up to the dream I had when I first set out to write and record my own original music for release. For years I've written music for other people's stories in the form of movies and documentaries.

Finally, he's getting the chance to tell the story of his own heart and dreams. Life is truly magical.?

Unfortunately, Nigel passed away October 26 while swimming in the ocean in New Zealand.