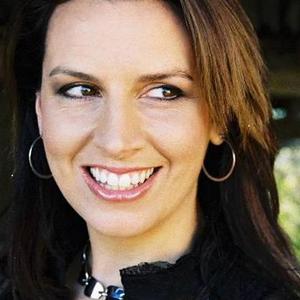 2007 COOPERS GOLDEN SADDLE AWARD WINNER 2007 OPEN ALBUM OF THE YEAR & IND FEMALE VOCALIST OF THE YEAR - HORSHAM CM AWARDS 2006 OUTSTANDING CONTRIBUTION to BLUES/JAZZ MUSIC ? BLUE MOUNTAINS MUSIC AWARDS ?Nicki Gillis is an artist on the move ?an artist of quality and class.? Bob Anthony Jnr, Editor Country Update An extraordinary vocalist with the ability to capture her audience's attention and mesmerise them with every note.

Her music comes from the heart and brings with it a soulful understanding that draws her audiences near. Originally from Western Australia, her commitment & passion led her to the East Coast. A stream of notable achievements including 1996 Gympie Muster Winner, and 2002 headliner at the World Women's Hockey Championships captivating her audience of over 10,000 plus via satellite to viewers in 16 countries. 2005 was a strong year for Nicki, with finalist berths in - Rising Star Female Finalist at the Australian Independent Country Music Awards, TIARA Awards for Songwriting, Top 10 in the Golden Guitar Awards for Best New Talent & Top 10 for Bluegrass & Traditional at the VIC & Nat. CM Awards. From her first recordings in 1996 with a 4-track single titled Nicki, to the release of her debut EP Bed of Roses in 2002 ? Nicki has shown constant talent and incredible writing ability. Collaborating with Queensland producer Brendan Radford, Nicki released her eagerly awaited single On The Mountain. The irresistible bluegrass tune (co-written with Radford) was one of 4 tracks - all showcasing Nicki's remarkable voice. Her single On The Mountain gained wide-spread appeal internationally securing a 2 hit on the European charts and Top 40 on local chart. With the follow-up single Jealousy adding to her solid reputation as a performer hitting Top 40 on the CMC Video charts. ?Nicki has a powerful and emotive voice?.she is an all round talent?. Steve Perry, St Marys Sound Centre 2006 saw Nicki entertain the troops in Iraq with punk-rocker Lee Harding and country artist Stacey Morris, as well as working on her new album Lucy's Daughter with producer Roger Corbett released late 2006. ?Here's a name to watch out for in the future.... Each track assumes its own identity on initial contact. Here is a good mix of up tempo, and ballad numbers, the latter tinged with a ?bluesy? sound that adds to their character.? Burt Everett, Bundaberg Mail News The album includes stand-out tracks Remember Me, Honey I Don't Have Time and Leavin' You For Myself. Leavin' You For Myself, co-written with Kevin Bennett, became her first Top 10 hit, with the single Remember Me elevating Nicki to her second Top 10 success on the Top 30 Country Tracks. 2007 saw Nicki named Coopers Golden Saddle Award Winner, named the Open Album Of The Year and Independent Female Vocalist Of The Year at the Inaugural Horsham CM Awards, and 2008 started with finalist nominations in the Aust CM People's Choice Awards and Victorian & National CM Awards, an appearance on Mornings with Kerri-Ann plus another Forces Tour, this time to the Solomon Islands. Her new single Honey I Don't Have Time has so far claimed 15 spot on the Top 30 Country Tracks chart and still rising. Lucy's Daughter - celebrates & reflects Nicki's vitality & sophistication. ?(Nicki) ? determined to reflect herself and her life in her songs. And in doing so, she's created a sensational new album, Lucy's Daughter?. Susan Jarvis, CapNews