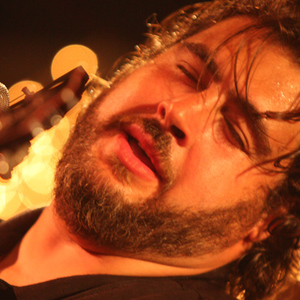 Chicago blues is now synonymous with guitarist Nick Moss. Though the golden era of Chicago blues is long past with many of its key players deceased or retired, this young Chicagoan stands tallest in the current generation of blues performers that honor the letter and spirit of the great urban African-American music. No less than Jimmy Rogers saw Nick as a prot?g?, a torchbearer, and a colleague. Leading Chicago-style guitarist Buddy Guy sanctions his talent: "Nick Moss is one of the local favorites at my club, Legends.

I always enjoy the way he plays and works hard to please our audience". Noted Chicago-based music journalist Bill Dahl, never one for gratuitous praise, has raved over Nicks guitar playing, saying he possesses mastery of the classic Chicago sound, while acclaimed blues producer Dick Shurman numbers himself among Nicks ever-growing legion of admirers, calling his Windy City neighbor "an increasingly centered artist who can rightly be called a master".

A musician of consummate skill, Nick fully understands the debt he owes his predecessors and how important it is to carry on tradition in an honorable fashion. "I'm not trying to re-invent the wheel," he says with characteristic modesty, "or trying to bring things into the new millennia. I'm just playing what was handed down to me and do it justice. I have a lot of respect for the guys who taught it to me; I played with Jimmy Dawkins, I played with Willie Smith, I played with Jimmy Rogers and in my heart I love [this music] and I dont feel it has to be changed much."

Play It 'til Tomorrow CD2

Play It 'til Tomorrow CD1

Got A New Plan