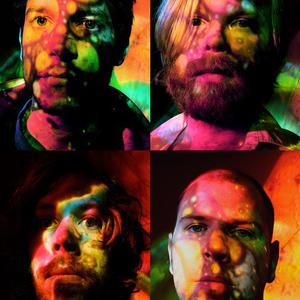 Niagara Falls is an experimental band from Philadelphia, PA that has ties to the recent psych folk resurgence as well as the burgeoning noise and neo-ambient or space music movements. They formed in 2004 as a quartet of Norman Fetter, Jeff Carpineta, Erich Breimhurst, and Jennifer Lee, and became known for their live improvised performances, and constantly shifting instrumentation. Comparisons are often made to German groups such as Tangerine Dream and Popol Vuh.

Their music references German krautrock, and Minimalism, as well as contemporary artists such as Thuja, Jackie-O-Motherfucker, and Wooden Wand & the Vanishing Voice.

Norman Fetter and Jeff Carpineta also co-founded the Honeymoon Music record label in 2004, which releases Niagara Falls albums.
They released their first album, Barrel Vault in 2004 which was a live improvised recording of their fist meeting. They followed in 2006 with Zwei, which saw the band drastically changing instrumentation, and performance approaches. Released in late 2006, Plays Spiral Isles saw the band exploring a more electronic approach to creating their signature drone.

Carpineta, Breimhurst and Lee left the band in 2007. In late 2007, Noah Levey and Sam Cusumano joined Fetter in a reincarnation of the group.

"An emerging typhoon of psychedelia?Niagara Falls captures the subtlety of transient movements, stuffs into a barrel and sends it over the thunderous cascade of early krautrock inspired sprawling. Not to be missed." (Gregory Best)