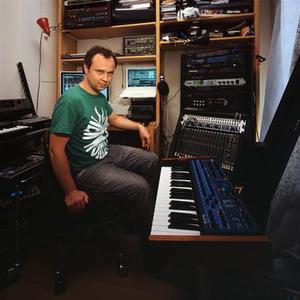 You wouldn't be entirely wrong NOT thinking that The Dead Bears is Newworldaquariums debut album, but yet it is. It's true, years back Amsterdam based producer Jochem Peteri released an album called 'Strike', using his pseudonym 154. "But to tell you the truth that's a very personal project", Peteri states. "It reflects my abstract side. Newworldaquarium is more about me and the world around me."

The Dead Bears. If you've seen 'Grizzly Man' by film director, Werner Herzog, you'll understand how and why Peteri was inspired. Originally The Dead Bears was also the name of an attempted krautrock-band, but sadly, that project never materialised. "We had this romantic idea of making something completely alien together", Peteri laughs. "But all we did was get drunk and play each other obscure records."

But, The Dead Bears didn't die. It became the title of Peteri's first 'proper' album as Newworldaquarium. Eleven hypnotising tracks that get better and better each time you hear them. Did we say tracks? We meant grooves. Grooves that go on endlessly,that slowly change colour and shape and sneak their way into your head. You simply don't want them to end.

Often it's a groove in slow motion, as is the case on 'Star Power', best compared with an early Carl Craig-tune played on 33 revolutions.

Or the gritty and gloomy 'NoworldbutU', in which Peteri slowly but surely resets the beacons on a dimly lit dancefloor.

Fast is a non existing word in the aquarium of the new world. Even when the tempo goes up, it stays well below 120 beats per minute. Like on 'The Force', the intoxicating 'Kirana's Lament' or 'Trespassers'.

"The groove simply dissolves in a more beautiful way when it's a bit slower", Peteri tries to explain. "My music is stuck halfway between hiphop and house, or kinda like a home baked savoury pie and fine sushi, in a way. Its too hard to choose between them i guess" Listen to The Dead Bears and you immediately understand what he means.