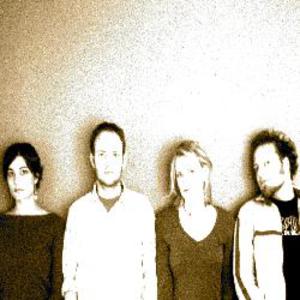 Newcomers Home was a college band in every sense that had a relatively long run, and a pretty dedicated -- if local -- fan base. An acoustic band with a distinctive blend of celtic, country and rock influences, Newcomers Home was based in Boulder, Colorado. The band members met while at Colorado University and were Katie Herzig (lead vocals, acoustic guitar), Andrew Jed (lead electric and acoustic guitar), Matt Trinidad (bass) Tim & Laurie Thornton (mandolin, harmonica, fiddle) and Todd Lammers (drums & percussion).

While not an overtly religious band, the band's songs and lyrical flavor were certainly charged with religious imagery. The band shared duties in composition and lyrics. After a run of almost nine years and a desire by its members to pursue other interests, Newcomers Home decided to disband.

Lead singer Katie Herzig moved to Nashville, and is pursuing a solo career.

Live at the Boulder Theater