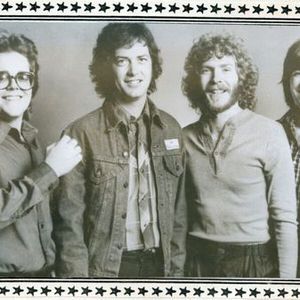 New Grass Revival was a progressive bluegrass band from 1971 to 1989. The founding members were Sam Bush (mandolin, fiddle, guitar), Courtney Johnson (banjo, guitar), Ebo Walker (Harry L. Shelor Jr.) (b. October 19, 1941) (upright bass) and Curtis Burch (guitar, Dobro), all from Louisville and western Kentucky, except Burch who was from Brunswick, Georgia. They met as members of the Bluegrass Alliance, and when Lonnie Peerce left the group with ownership of the name, they reformed as the New Grass Revival (Bush has credited Walker with coining the term, "new grass").

After the release of their first album, released untitled, and as "New Grass Revival", "The Arrival of the New Grass Revival", and "Today's Bluegrass", Walker left the band. Butch Robins briefly joined the band, but being a talented banjoist he balked at playing bass, and was replaced in 1974 by John Cowan, a bass player with a background in soul music, who also shared lead vocals with Bush.

In 1981, following a two-year tour with Leon Russell, Johnson and Burch left the group. Bush and Cowan decided to continue performing, and added New Yorker B?la Fleck and Californian Pat Flynn, a session guitarist, to the group. This lineup was stable for the remainder of the band's existence. Their last concert was December 31, 1989, opening for the Grateful Dead at Oakland-Alameda County Coliseum in Oakland, California. The breakup has been attributed to Fleck's desire for a solo jazz career. Bush, Fleck and Cowan have all had successful solo careers since that time.

After Courtney Johnson died of lung cancer in 1996, Bush, Fleck, Cowan, and Burch reunited for one concert (September 24, 1996) at the Ryman Auditorium in Nashville, Tennessee to benefit his widow.

In 1997, when Garth Brooks was invited to perform on The Late Show with Conan O'Brien to perform "Do What You Gotta Do", a song written by Pat Flynn, he asked Flynn, Bush, Cowan, and Fleck to join him in performing it. Since that performance, Flynn has worked with both Cowan and Fleck, but not Bush. Likewise, Bush has also worked with Cowan and Fleck on numerous occasions. It is unlikely that a reunion will take place. Bush and Cowan have also played with Burch.

In April 2007, Bush, Fleck, Cowan, and Flynn stepped forward together into the spotlight during the Merlefest 20th Anniversary Jam and played the Townes Van Zandt song "White Freight Liner." The single song reunion was the first time the four of them had played together in a decade.

Too Late To Turn Back Now

Fly Through the Country

It Ain't Over Til It's Over!

Hold To A Dream (Vinyl)