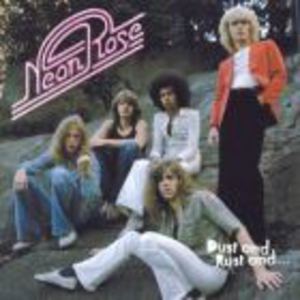 In 1969 Roger, Piero and Benno formed the band SPIDER. In 1973 drummer Kenta "Krull" was replaced by Stanley Larsson and Neon Rose was born. Their first gig was to open for Dr.Hook. Neon Rose is concidered to be one of Sweden?s best hard rock bands of all time. The first single was only released in 500 copies and is very sought after item that gains a high price. On their first album "A dream of glory and pride" released in 1974, Gunnar Hallin was not a member of the band, but a guitar roadie!

After the second album "Two" (1975) Stanley had quit to join the blues outfit Nature. His replacement was Thomas Wiklund who in 1971 recorded a single with the band Upp?t V?ggarna. Now Roger left the band too, but was persuaded to return.

Their third and last album was named "Reload" recorded and released in 1975.
After that album Roger quit and joined Wasa Express. He later formed the band Truck in where Thomas also was found.

In 1977 Piero made another attempt to get the band rolling with himself as the only original member left. They recorded some demos, but never took off. They split....to reform in 1981, now with Piero, Benno, Joaquin Calafell (drums) Erik Svensson (keyboards) and Conny Bloom (guitar and vocals). They recorded a single for Rosa Honung Records, but it was never released.

Today Neon Rose is in the limelight again. 15 new songs is recorded featuring the Reload line-up.

A Dream Of Glory And Pride