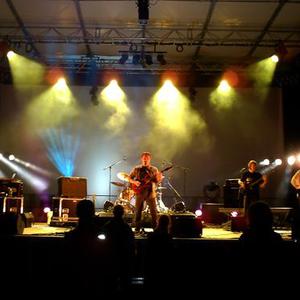 There are 18 artists by this name. 1) A French progressive rock group. 2) A Japanese post-punk/alternative rock band. 3) A Korean-American Los Angeles based punk band that broke up and reformed as Red Team Go!. 4) An English electro rock/neo-synth band from North London. 5) A Belgian rock band from the 90's. 6) A now-defunct guitar-noise band from Winnipeg, Manitoba. 7) A dance-rock, numetal and reggae influenced band from Mainz, Germany. 8) A Chip-Hop artist. 9) A Finnish rockband.

10) A Rapper from Denmark.
11) A Rapper from Germany
12) A Slovenian acoustic rock/metal band.
13) An indie rock/new wave band from Brooklyn, NY.
14) An orchestral Nightwish/Evanescence coverband from Jena, Germany.
15) An Estonian pop band,
16) A rock band from Bulgaria.
17) A hip-hop artist from Lexington, KY. See Nemo Achidat.
18) A rock band from Greenville, NC featuring Seth Avett and Scott Avett, later of The Avett Brothers

(1) Nemo [Jazz-progressive rock group, France]
This French band was rooted in '99 when Pascal Bertrand (drums and percussion), Pierre Louveton (guitar and vocals) and Guillaume Fontaine (keyboards) decided to make progressive rock music. In 2000 bass player Herve Esquis joined NEMO but he was soon replaced by Benoit Gaignon. Early 2002 the band started to perform, their first concert was attended by at about 100 spectators. In July 2002 NEMO released their first album entitled "Les Nouveax Mondes", a few months later NEMO hosted again a new bass player named JB Itier. In this line-up NEMO released their second album entitled "Presages", they promoted this CD on the Crescendo Festival in the same year, along with Anglagard, Cast and Focus.

Nemo are a North London electro rock/neo synth quartet. Songwriter/singer James Cook and bassist/keyboardist Milan Adamik met as friends at school in Hertfordshire, joined by an appreciation of making mixtapes of their parents' eclectic record collections. After attending University in separate cities, the two decided to join together again and form a band - beginning with the search for a drummer. Milan came across drummer SectionQ at a drumming convention, and their original guitarist was replaced by Kennedy - a face they knew from London's underground club scene. Nemo also started their own club night at the London King's Cross venue The Water Rats, playing host to many upcoming acts such as Contempo (now Hard-Fi), Arturo (now White Rose Movement), Dirty Blond (now The Modern) and also Graham Coxon.

Having recently toured nationally with Imogen Heap at the end of 2006, Nemo have also supported/played with The Sneaker Pimps, We Are Scientists, Robots in Disguise, Trash Money, VHS or Beta, and have worked with Sneaker Pimps' frontman Chris Corner on a number of occasions - James also played as part of Corner's tour for solo project I Am X. The band have also been linked to comedy TV series The Mighty Boosh, after appearing in several episodes. Their debut single Lifespan was released in 2006 on their own 'Deepseemusic' label, and they have just released their debut album Post Human Love. Their second single Car Crash Eyes was released for download and on CD in May 2007.

(5) Nemo [Belgian three-man rock band; Belgium]
Nemo had a fresh approach to songwriting: rock full of angles, good ideas and catchy tunes. Their debut, called Nemo, got the Belgian music press being unanimously positive. Often compared to the Pixies, they distanced themselves a bit more from that main influence on a follow-up EP Popmusics.

Nemo disappeared together with the closure of their record company Brinkman.

Nemo was a 5 piece band. They released an 8 song CD titled "In Stereo".


(7) Nemo [Dance-rock, numetal and reggae influenced; Mainz, Germany]
They won some band contests, played on local, smaller festivals and are achieving more and more attention.
Their first album is named Dance.Rock. Their concerts aren't concerts, they are Nemo-Parties. Their Label is machmalauter music.
One of their most popular Songs is WaggaBugga

(8) Nemo [a Chip-Hop Artist]
More information is needed on this artist.

(9) Nemo [a rockband, from Seinajoki/Kuortane, Finland]
Elements Music signed Nemo after winning Live Talent in 2005. The debut-album entitled "Luurankoja" was released April 2006. Their sophmore album entitled "Oravanpy?r?" is in the making and will be released in Finland on May 23rd.
www.nemoweb.fi
Nemo's myspace page

(10) Nemo [Danish spoken rap]
A Danish rapper from N?stved. He has sent out an EP named "Junkie" on the Danish hip hop label Primo Entertainment and works on an album. Visit him on Myspace

(11) Nemo (an acoustic rock/metal band from Slovenia).
For four years NEMO were just a live band, but in the year 2006 they decided to go to the studio and record their first album.
Visit on their Myspace.

(12) Nemo (indie rock/new wave) band from Brooklyn, NY. Debut LP was "Signs of Life" on Binge Records in 2004. Album was critically acclaimed, was a fixture on US College Radio as well as NPR's Morning Edition show. Available on ITUNES as well as CDBaby. Visit them on their Myspace Dennis Tyhacz & Luke McCartney of Nemo have since joined forces as The Sound Mirrors. Check out their Myspace page:
Myspace.com/thesoundmirrorsmusic

(14) Nemo (a pop band from Estonia) The Estonian Nemo was effectively the band that performed with Anne Veski - an Estonian female singer, well known in the areas of former Soviet Union. They were active from 1972 to 1991.
Band Homepage

(17) Nemo - Lexington, KY, USA hip-hop artist
A Lexington-based hip-hop artist and MC for the experimental hip-hop group, The US Band.
Static. Stagnant. Suffocatingly repetitive is the breeze that flows throughout the music world. Here to resuscitate us from that commercialized smog; and to blow us away with lyrical fresh air is Nemo.

Eccentric, eclectic, emerging artist. Poised and determined, bringing artistry and honesty back to our carbon copy culture. Nemo's words resonate and reflect everyday people, and expose what it is to embody the new side of urban lifestyle. Looking to set himself apart from industry standards, Nemo has built unique concepts and placed hidden messages that are designed to inspire and uplift his followers.

Born in Lexington KY, and raised around family in such urban settings as New York and Atlanta, these life experiences shine through in his work allowing Nemo to be a well rounded artist without a region related label. Since Nemo was nine, he's been behind the mic; Whether it was weekly gigs, playing drums for his church, or jamming in front of small crowds. That tenacity grew into the oppurtunity of being an opening act for Roc Nation Artist Wale'. Adding in his love for unique genres of music, including but not limited to House, Funk, and Jazz, Nemo is truly a musician of the future, with a great ability to perform and captivate.

?I enjoy my shows when I feel the audience is at one with the rhythm, the melody, and the lyrics?. Nemo is known to leave it all on the stage and never the audience feeling cheated, but leaves them anticipating his next performance. Inspiration comes from -everything. The Holy scriptures?.even GQ [magazine], laughs the artist that gathers influence from such genius as Prince, Kanye West, Andre 3000, Q-Tip, N.E.R.D, and the entire Soulquariun Movement. Adhering to the quote: ?By any means necessary? , and accepting that failure is not an option, Nemo plans to seize us by our musical heartstrings, and deliver us to melodic Bliss.
Discography
"Elevator Music" July 2009 - EP
"Vibrations" January 2010 - EP
Artist Homepage

(18) Nemo - Greenville, NC, USA Rock Band
Project of Seth and Scott Avett, this band recorded 3 albums in the late 1990s before adopting a more acoustic sound and reinventing themselves as The Avett Brothers. Band Homepage