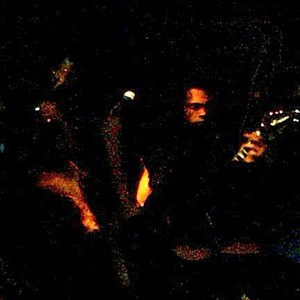 1) An early Swedish heavy/speed/doom metal band: They released a few demos and an EP, "The Day of Retribution", before becoming epic doom metal pioneers Candlemass.

2) A rock band out of Bangladesh. Nemesis was formed in the winter of 1999. They released their first album, Onneshon, in March 2006. Their members were Maher (guitars), Nondito (Guitars), Zohad (vocals), Yawar (Drums), Ratul (Bass). Then the line up changed a bit when Omayr replaced Nondito and Dio joined as the drummer. Their sound is a very clean and controlled kind, with smoothness of the likes of bands like U2. Then their second solo album released after 5 awaiting years. On 2011 the released "Tritio Jatra" their second solo album. More information about them and their music can be found on their website www.nemesisbd.tk

3) A Chilean Hip Hop Group, consisting of Cenzi and Seo2. They put out one record through Sony Music Chile and another through Cenzi's label, Aguasonica. They are still active as solo acts, and will one day do their third album.

5) The metal Band from Bandung, Indonesia. Started from the band's childhood fantasy, Nemesis always dreamed about being some crunchy rockstar. The five of them are highschool student with the same liking in music. They always been motivated with previous success bands in their glory times. For that cause, they set out a band called Tears Came Falling, mostly playing influental incisive metal style, combining Caliban, As I Lay Dying, It Dies Today, etc. Their past line up are Rangga on vocal, Sahid and Sendi playing guitars, Regha on bass, and Dei on drums. http://www.myspace.com/nemesisdeathall

6) A Korean rock group (Correct tag: ????): Ha Se Bin (EVE) was in this group before he joined EVE for EVE's 6th and 7th albums. The drummer for Nemesis is also the support drummer for EVE's 7th album. They are in currently in both bands, although Nemesis is on hiatus.
OHP: http://n-sis.co.kr

7) A Hungarian progressive metal band. They changed their name to Age of Nemesis in order to avoid consusions. They have a couple of albums out, and are one of the best prog metal acts of Hungary. Albums: Nemesis (1998), Abraxas (1999), Eden? (2002), Psychogeist (2006) and Terra Incognita (2007). The latter two are released as AoN already.

9) A Finnish ambient electronic band: Formed in 1987 and has released records on Belgian Antler Subway records as well as on Finnish Spinefarm's Freeride label. The band is currenlty active, releases are distributed through Origo Sound, Synth Music Direct and by Nemesis themselves.
URL: http://www.nettilinja.fi/~ahassine/

10) A Czech power metal band: In 2006 they changed their name to Symphonity.
URL: http://www.symphonity.com

11) A Czech death metal band: They were previously called Aggressor, but later changed their name to Nemesis after a member returned from the military. They were formed in 1989 and are currently active.

12) An American alternative rock band: Previously know as NEMESIS, the band opted to change the name to NEMESIS ARMY to avoid confusion with other acts called Nemesis.

19) American Rap group, from Dallas, popular in the late 80s and through the 90s.

20) An alternative guise for one of the many DJ Nemesis'.

The Hills Are Alive with The Sound of Metal

Munchies For Your Bass, Da Return