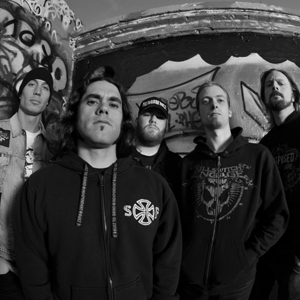 Nembience has been around since the beginning of 2005 in Copenhagen (DK), when guitar players Jose Cruz and Martin Rasmussen, teamed up with drummer Kasper Rottb?ll and started to write songs together. After some small changes in the line-up, the band got completed when vocalist Kenneth Reby and bass player Jakob Lykkebo joined. Since 2006 Nembience has been sharing stage with a lot of different bands from Denmark as well as some international bands.

Their 2006 promo cd ?Demise? had the honour of being nominated at the 2007 edition of the Danish Metal Awards in the category of ?Talent of the Year?.

In September 2008 the band entered CB Studios in Holsted (DK) to start recording their very first album entitled ?Through Times of Despair?. The album was co-produced by Christian Bonde and the band themselves, where Christian Bonde was responsible for the mixing, and it was finally mastered by Jacob Hansen at Hansen Studios.

Nembience is working at this moment on more shows for 2010.

Through Times Of Despair