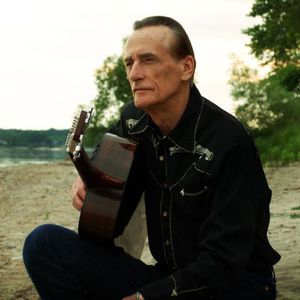 Born in Brantford, Ontario, Canada, Neil's country music roots were nurtured growing up on the family farm near Burford Ontario. Neil began singing as a young boy in the choir in the small rural church in Mount Vernon that he attended with his family. He began writing songs and playing guitar as a teenager going to Burford District High School during the legendary 1950's Country Rockabilly era and the dawning of Rock 'n Roll when Elvis took the world stage by storm with his hit, ?Heartbreak Hotel?.

Living now in Paris, known as the prettiest little town in Ontario only a few short miles from where he was born and grew up, Neil found it the perfect place to embark on his life-long dream to record an album of his original material and to begin writing his long-postponed novel.
Neil's debut album ?No Looking Back? released in August 2007 resulted in two songs ? ?The Cowboy Song? and ?The Restless Wind? reaching # 1 on the IAC Music Country chart, and two other songs ? ?All Through The Night? and ?There's Just The One And Only You? reaching # 1 on the IAC Music Easy Listening/Soft Rock chart.
?The Cowboy Song? and ?The Restless Wind? also reached # 1 on the Cashbox Magazine Country Chart.
Glen Streimer, President of MusicCanada.org calls Neil ?Canada's cross between Johnny Cash and Willie Nelson?.
From tumbleweeds drifting along old Route 66 and flashy 1950's convertibles, to rusted-out flatbed trucks and walking down train tracks, it is hard not to picture Johnny Cash here. Even more so with Neil's self-effacing western lilt and a soft southern drawl influenced in part during his teens while toiling in summer sun-baked Southern Ontario tobacco fields alongside his co-workers from the Carolina's and Georgia.
Neil was honored to be named as one of the ?awesome Indies? artists on the front cover of the July 1, 2007 Cashbox Magazine.
At the 2008 IAIA (International Academy of Independent Artists) Neil received the Golden Kayak Award for Best Country Song 2007 ? ?The Cowboy Song?.
Neil was a nominee at the 2008 Hamilton Music Awards for New Country Recording of the Year for his debut album ?No Looking Back?.
The multi-talented line-up of studio musicians - fondly named by Neil as ?The Legendary Bear Creek Band? - on the album included international recording artist Ray Lyell on acoustic and bass guitar, keyboard, harmonica and backing vocals, Gary Borden on lead guitar, Steve Petrie on pedal steel guitar and fiddle, Ken Baird on piano and Paula Tessaro sharing lead vocals with Neil on ?You Just Turned My Life Around?.
The album was produced, arranged, engineered and mixed by Ray Lyell. It was recorded at Rayne Records in Hamilton Ontario and mastered at Grant Avenue Studio also in Hamilton.
Joining ?The Legendary Bear Creek Band? in the studio on Neil's second album currently being recorded at Rayne Records is Roger Banks on drums and Mike DeBenedictis on bass guitar.
A Western Ontario Secondary School Honour Athlete and graduate of Burford District High School and of Waterloo Lutheran University (now known as Wilfred Laurier University), Neil also claims to hold a hard earned PhD and Masters Degree from the University of Life.
He purposely spells his name, Neil w Young, with his middle initial ?w? always appearing in the lower case with no period following it.
Neil maintains an active internet presence on various web sites including iacmusic.com/artist.aspx?ID=60198, myspace.com/therealneilyoung, reverbnation.com/neilwyoung, broadjam.com/neilwyoung, facebook.com/neilwyoung, radio3.cbc.ca/bands/Neil-w-Young-The-Legendary-Bear-Creek-Band and at neilwyoung.com.
His debut CD album ?No Looking Back? is available at various web sites including CDBaby.com, Amazon.ca, iTunes and at MusicCanada.org.