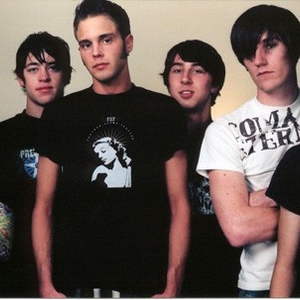 There are at least two artists named Nehemiah Metalcore Band: Nehemiah was a 6-piece metalcore band from Minneapolis, MN. After self-releasing their first, self-titled demo, they were signed to Uprising Records, releasing an LP entitled "The Asphyxiation Process", and an EP entitled "Lenore". After several somewhat controversial lineup changes throughout their career, Nehemiah broke up in October of 2005.

Metalcore Band: Nehemiah was a 6-piece metalcore band from Minneapolis, MN. After self-releasing their first, self-titled demo, they were signed to Uprising Records, releasing an LP entitled "The Asphyxiation Process", and an EP entitled "Lenore". After several somewhat controversial lineup changes throughout their career, Nehemiah broke up in October of 2005. Members from the band ended up in several projects, including Dead To Fall, Everest/Iron Thrones, Frontier, Amber Waves and Regret. Despite the obvious biblical reference, Nehemiah was not a christian band.


R&B artist: Though Public Mind is Nehemiah's first solo release, it is not Nehemiah's debut on the music scene. Raised in his father's church, Nehemiah has been performing music in one form or another for most of his life. Nehemiah had recorded his first song by the age of 12 and at the age of 15 he headlined his first concert in his hometown of Portland, Oregon with the proceeds going toward teenage victims of domestic violence. It was after that concert that Nehemiah was convinced that he wanted to pursue music professionally.

This pursuit has had its ups and downs but each one of them has shaped who Nehemiah is today, both as an artist and as a person. The highlights of Nehemiah's early career included an appearance in the motion picture Reggie's Prayer, starring the late football star Reggie White. In addition, Nehemiah appeared on a nationally syndicated talk show, took his live show to Canada, and opened up for the famed R&B/Gospel group, Virtue. The experiences of his teenage years opened the door for Nehemiah to later join Soul, a contemporary gospel group signed to a subsidiary of the Hendrix record label. This release spent 9 weeks on the Billboard gospel charts and peeked at number 36. Though the group was short-lived it provided Nehemiah the opportunity to tour the states and establish relationships that would bear fruit in the years to come.

After briefly filling the lead vocalist spot in a group with producer HR Crump (Beyonce), Nehemiah decided to focus on developing his solo project. His debut solo album, Public Mind, is the product of all of his life experiences, both good and bad. The mid-tempo track ?That Person? is a celebratory autobiographical account of all that happened to Nehemiah as he recognized all that Jesus Christ is. Another personal song, ?Fly Away,? was written for his daughter, Amiah, who died several weeks after being born. It is songs like these that helped the album find its title. Nehemiah explains, ?The title of the album is intended to communicate on two levels. First, I wanted to emphasize that I identify with my audience. The things that they struggle with, I struggle with. The things that trouble them, trouble me. Second, I wanted to show that this album is not simply a collection of songs, it is a window into my mind and life which I have made public through this release.?

Nehemiah lists artists ranging from Commissioned to Boyz II Men to Phil Collins among his influences and the diversity of his personal palate comes through in the diversity of the album. Nehemiah wrote and produced much of the disc himself while also teaming with producers and songwriters Derek Clark (Fred Hammond), Anson Dawkins (Dawkins & Dawkins), Chris Turner (Singleton's), Cole Brown (Michelle Williams) and his brother J.B. (Benjiman). The production and vocals on the project are top notch, there is nothing about Nehemiah's debut that sounds like the independent project it truly is. But while people will definitely respond to the impressive vocals and banging tracks Nehemiah hopes they will especially be drawn to the stories. ?Some of these songs are birthed out of experiences I've lived and some of them were born out of the experiences of my community. Not all people will be able to relate to the exact details of every song but I believe everyone will find themselves somewhere in each song. Each of them speaks of something true and real that we can all identify with. I look forward to hearing how people find their own stories in these songs.?