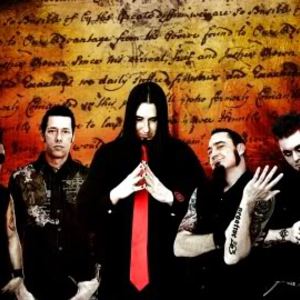 Negative 263 spawned in 2005 by drummer Chris Sanchez and guitarist Zane McBride, introducing a heavy ? in your face, brutal style of metal to Abilene, TX. After touring the southern region for a year with many well-known local acts, the band approached Jagermeister in 2006, which led to a long-term endorsement. Negative 263 introduced their new bass player Lodi Mitchell, who already had his fair share of recognition from his previous band, in the midst of 2006.

Negative 263 introduced their new bass player Lodi Mitchell, who already had his fair share of recognition from his previous band, in the midst of 2006. With the addition of his experience, talent, and solid bass tone, the band's style and sound was ready for the next level of their success. The band moved on to bigger & better shows (courtesy of Jagermeister) with such bands as Staind, Disturbed, Type O Negative, Slipknot, Hatebreed, Killswitch Engage, Shadows Fall, Machine Head, and many more.

In late 2008 Negative 263 decided that it was time for a change in their sound & style. Throughout their past touring experience Chris and Zane of Negative 263 had met singer Tony Housh and guitarist Sam McCrory whom played in Dallas, TX band together. They were immediately attracted to their musical style, talent, and stage presence.

Since the addition of Tony and Sam, the band has revamped their style and sound, making it more commercially acceptable with intense melodies and ambient / theme-like guitar layers while still providing the solid, heavy punch that Negative 263 has been famous for in the past. The band's line up is now complete and they eagerly await the release of their upcoming album Autumns Winter, scheduled to release Spring 09'.